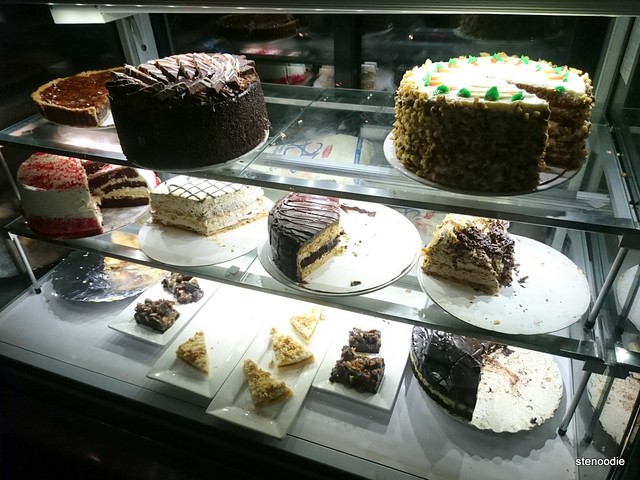 Located at 5221 Yonge St in Toronto

After our meal at Ajisen Ramen, we headed next door (literally two steps away) to Symposium Cafe where we had dessert and drinks.  I have also been to Symposium Cafe before, but at another location and for lunch.  This time, we focused solely on the dessert menu! ^_^

This location featured a smaller area than the one up on Yonge Street north of Steeles.  Since it was night time, the place was kept very dim for the atmosphere.  It makes for a nice romantic dinner place or also a party like we were.  Unfortunately, because we were a large group, they didn’t have a table big enough for us so we had to split up to sit in three separate booths.

At our booth, we decided on ordering the infamous sky high carrot cake and the fudge cheesecake.  Nicole had tried the carrot cake before and recommended it.  I also wanted to try it after seeing it in the display area and seeing how humongous it was.  I’m glad that our booth-mates decided to share it all because both desserts turned out to be quite heavy!

The Sky High Carrot Cake, when cut apart as a slice, didn’t look as massive as it did in the glass case.  However, you could tell that it was made up of so many layers.  It was actually pretty good!  Normally, I am not a huge fan of carrot cake, but this one was soft and not too sweet.  I think I liked it a lot because the cake was actually moist and there were raisins in there!  It was a very uniquely delicious carrot cake.  Yum! 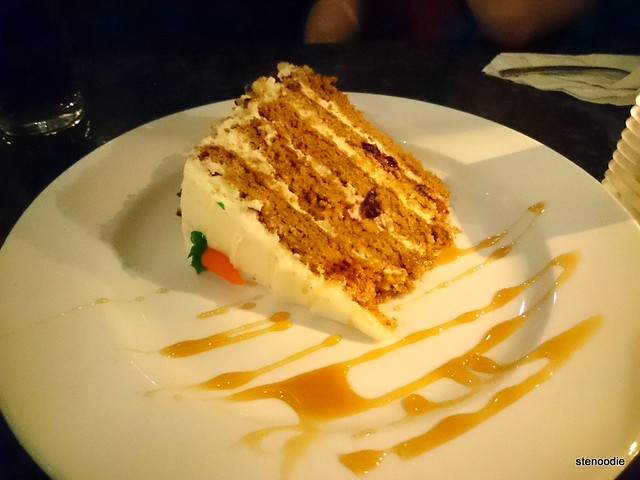 The Fudge Brownie Cheesecake was also a big winner.  It wasn’t very big — especially not when you compare it to the carrot cake, but it was very, very rich and dense.   The cheesecake itself was light but because it was under the fudge brownie that was very dense and rich, the entire mouthful turned out to be rich and dense.  It was very delicious.  The chocolate fudge that covered the plate was also thick and rich.  This is definitely not a dessert that you can finish for yourself!  In fact, the carrot cake is best to be shared too! 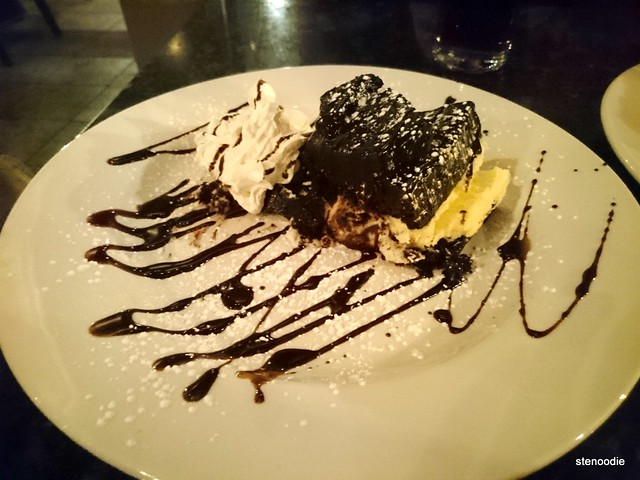 Fudge Brownie Cheesecake. $8.25
-their best selling New York style cheesecake is covered in mounds of fudge brownies and draped in thick chocolate fudge. Hiding underneath is a chocolate graham crust

Thanks for the recommendation of dessert at this place, Nicole! 🙂