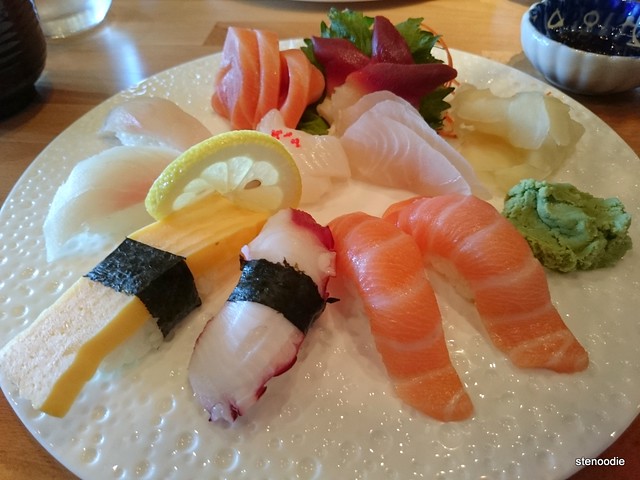 I’ve been eyeing this restaurant ever since it opened in at First Markham Place a couple of months ago.  Sense Modern Japanese looks highly sophisticated from the exterior and at first I thought it was an all-you-can-eat Japanese cuisine restaurant.  Upon further research, it is actually an a la carte restaurant!  Since I was curious about it, I suggested that Anthony and I try this place out for lunch on a Sunday when we were both free.

Look at how nice it is inside! 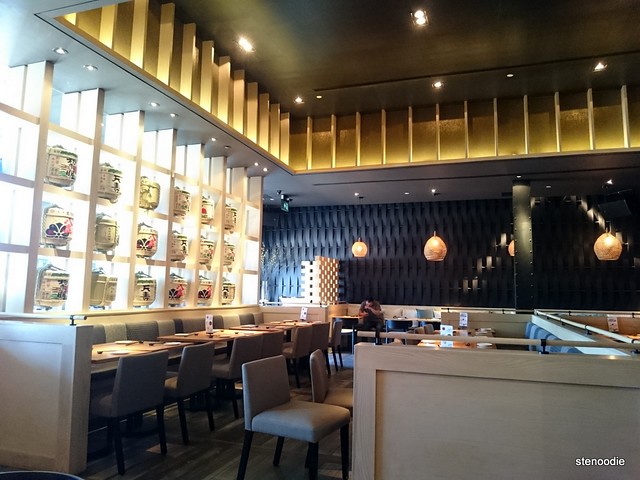 The colour scheme is so easy on the eyes

Walking in, the place is very nicely furnished and designed.  It’s the perfect place for a date setting and for a casual upscale catch-up with friends because of the way the restaurant is designed.  Along the right side of the restaurant, there are soft throw pillows that you can lean against in your table.  I was very comfy with mine. 🙂

They currently have a BOGO program going on where you can get one lunch deal for free when you buy one.  However, they didn’t have this during weekends.  We both chose the Sushi & Sashimi lunch set that included 6 pieces of sushi and 12 pieces of sashimi.  As always, a set sushi lunch usually always includes an miso soup and salad and it did.

There weren’t too many people here on a Sunday which was odd for a restaurant at First Markham Place, but perhaps it was because it was the Victoria long weekend too that made attendance at this usually popular mall sparse.  Or rather, people prefer the other restaurants in the plaza strip.  Either way, our service was attentive and our food arrived quickly. 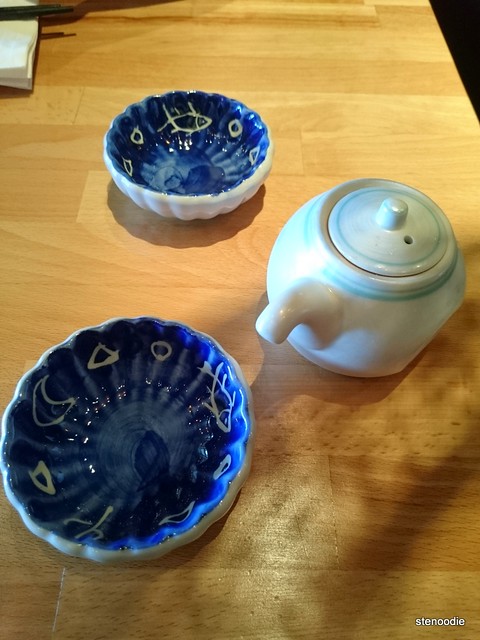 The cucumber & lettuce salad was served in the cutest blue glass bowl.  It was simple and there wasn’t much substance in the salad.  The miso soup was average. 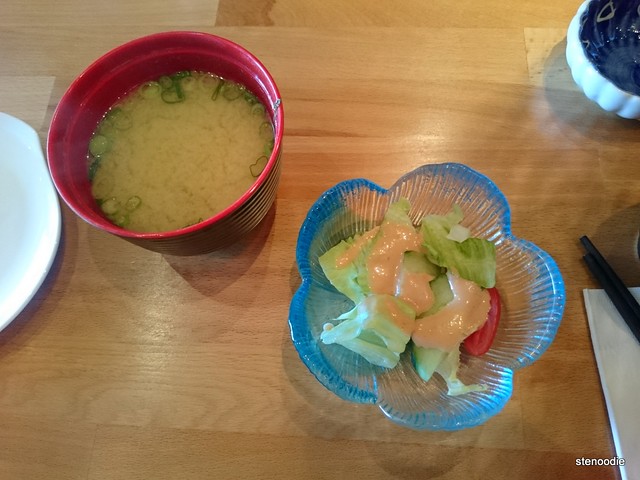 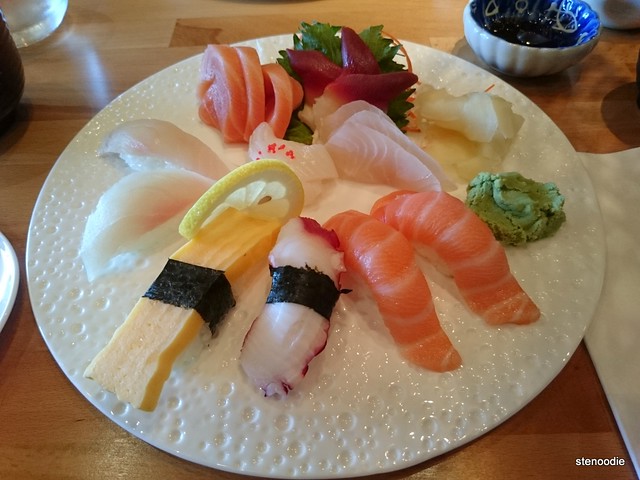 I found that the sushi rice wasn’t very authentic; it wasn’t grainy and hard as Japanese rice should be.  Also, while the sashimi seemed fresh, I would have preferred it to have been a little more cold.  I don’t like lukewarm raw fish. :S  I found the squid sashimi rather interesting because it was scored into thin segments and it tasted very squishy yet soft in my mouth.  The texture was very interesting! 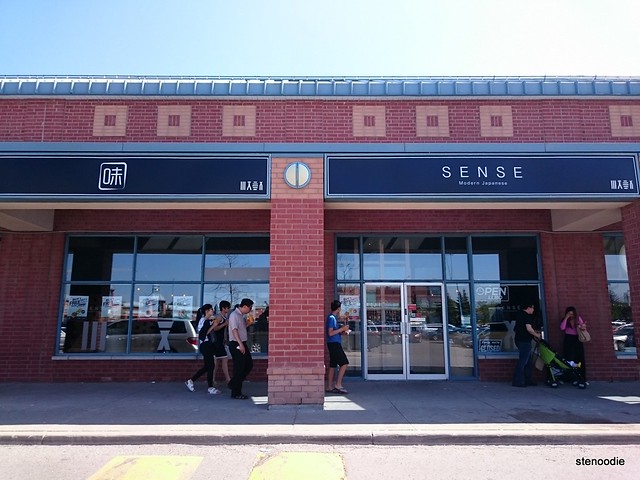 Sense Modern Japanese from the outside at FMP

Overall, the sushi wasn’t terrible but it wasn’t over the top amazing either.  I did think that the lunch menu was a little pricey at $12.99.  I need to try more food from this restaurant to have a better judgment.  Also, even though I had a plate full of sushi and sashimi, I also didn’t feel very full after it all.  I think I would like to return again to try their hot lunch selections since the choices seem unique and also because of the BOGO deal!