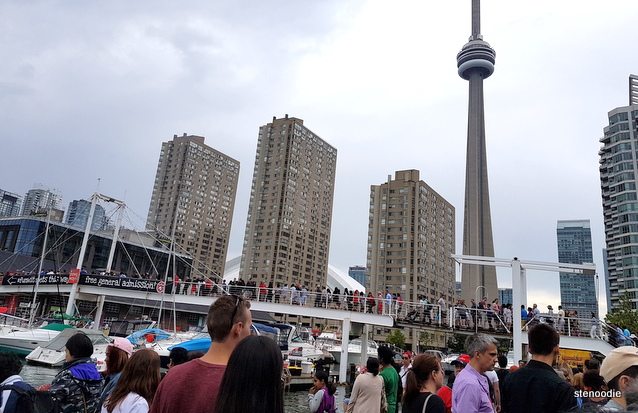 If it wasn’t for the duck (and I guess the Canada Day celebrations…), this bridge of people wouldn’t have formed.  The duck bridged us all together! 😀

I'm a stenographer, foodie, avid traveller, and new mom who loves to share her experiences with the world.
View all posts by stenoodie →
This entry was posted in Weekly Photo Challenge and tagged bridge, bridge full of people, Harbourfront, Harbourfront bridge, lining up to cross a bridge, postaday, the duck that bridged us together, Toronto, weekly photo challenge. Bookmark the permalink.