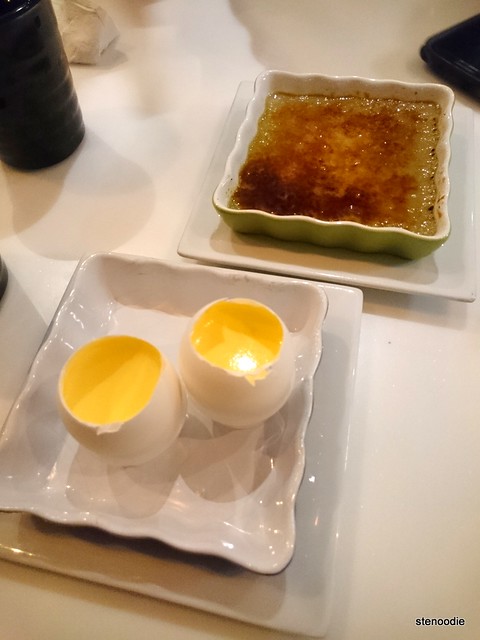 Dessert Kitchen is a restaurant at Warden and Highway 7 in Markham that serves many varieties of Western and Asian desserts as well as lunches and dinners.  I wanted to dine out for desserts and this place was the one that appealed to me and that I hadn’t tried out yet.

We ordered four items to share.  I’ve seen people order dessert here where egg shells were used to hold the dessert; thus, I definitely wanted to try their Egg Pudding!  We also ordered the Green Tea Crème Brûlée, Mango Molten, and because Alejandro is such a Chinese at heart, the Stewed Whole Pear.

The service here was great as the main server was very attentive at clearing our empty dishes and fast ordering.  The desserts all arrived very quickly too! 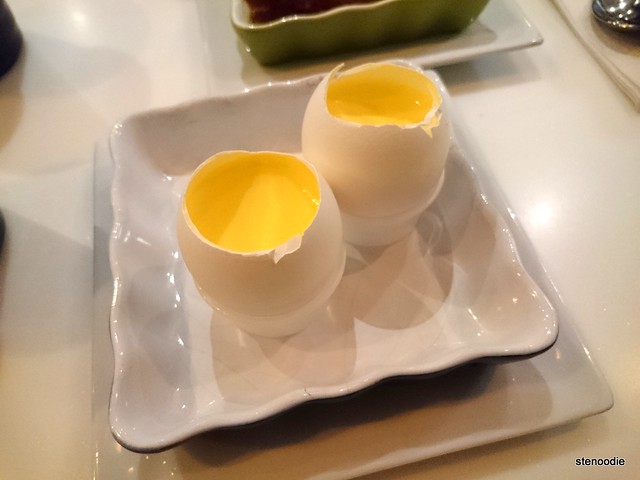 The first one was the Egg Pudding.  It indeed arrived in a little egg shell that looked super cute.  It seemed to be an actual egg shell too instead of a plastic-made one.  There wasn’t very much egg pudding inside the shell, but whatever was inside was really good.  It was just egg but it was a simple dessert that cost $1 each.

The Green Tea Crème Brûlée had a crispy icing on top that cracked when you pressed down on it with your spoon.  It was a good thickness of glazed icing.  The green tea flavour was prevalent in the crème brûlée.  It was creamy and pretty good!  The glazed icing was just sweet enough for me. 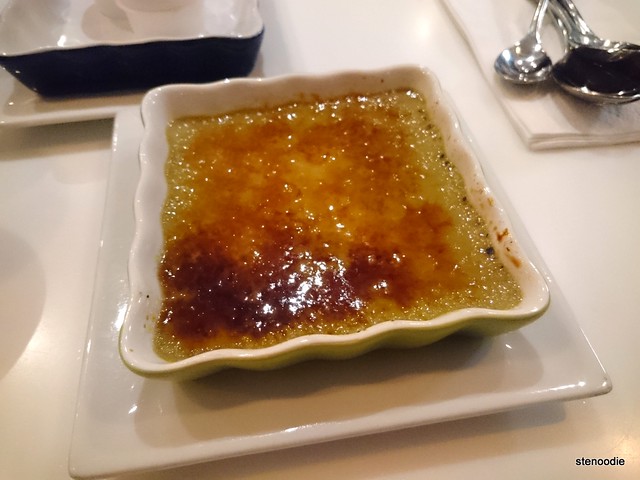 The Stewed Whole Pear was the only hot dessert that we had that night.  It was literally a whole pear that is stewed with sweet soup in a Chinese style.  It was very healthy, refreshing, and tasted good.  Alejandro loved it lol. 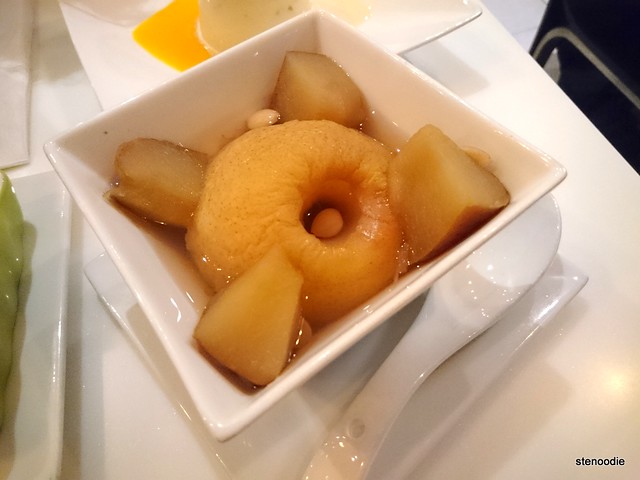 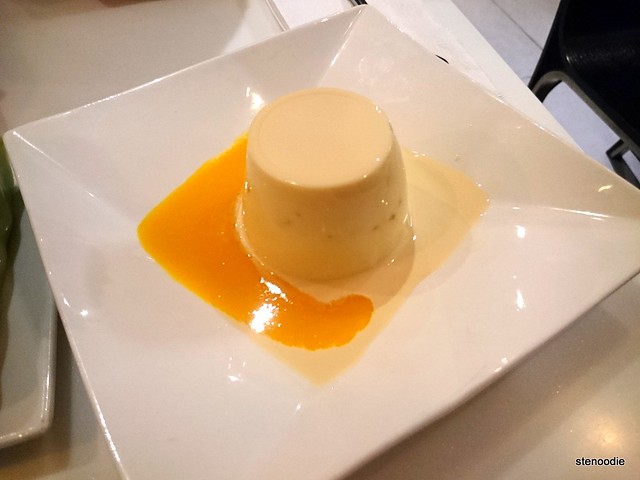 The Mango Molten was the most disappointing dessert of the night.  I thought that the mango juice/chunks would be encased or trapped inside the pudding and would only unleash when you pried it open to eat.  When the plate arrived, the mango juice was already gushing out of the pudding and all over half the plate.  There was condensed milk around the plate too.  The pudding itself wasn’t very good and I wish it was more like a lava cake instead.  The menu said that the Mango Molten was the newest one out of the molten series so that’s why I tried it.  Otherwise, I would have tried the Chocolate Molten instead.  Maybe that would have tasted better. 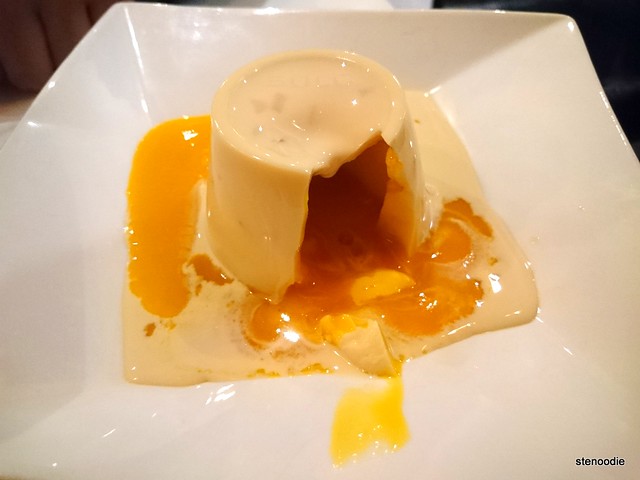 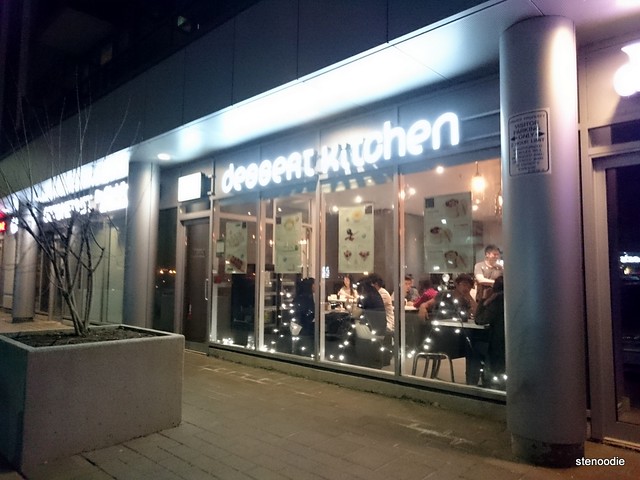 After that, I was very full.  They have many more dessert options like panna cotta, ice cream sundaes, traditional Chinese desserts, and more.  This is a nice place to do what we did — catch up over dessert on a Friday night.  Nearby in this plaza, you also have another branch of Green Grotto and Serissa for late night drinks and snacks.

5 Responses to Desserts at Dessert Kitchen