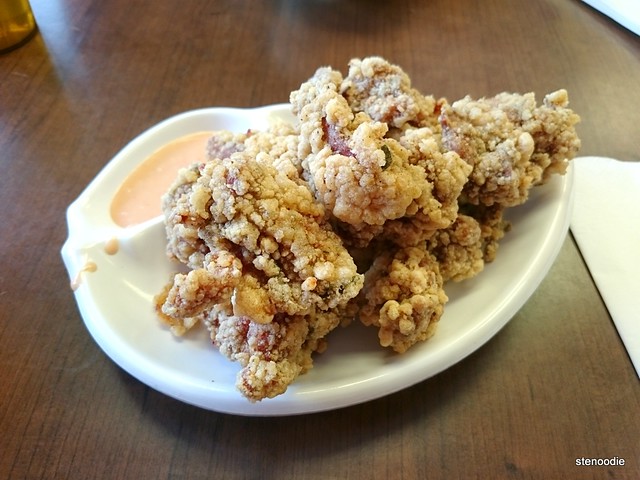 My mom and I came here on a Friday afternoon for lunch.  I know that they have done a small renovation since the last visit but that it wasn’t anything too obvious.  It seems that they have painted their walls and the place looks a little nicer but it is still just as small.  There weren’t a lot of people here on a Friday afternoon.  I liked how their walls were covered with pictures of popular dishes and was essentially a “menu wall”. 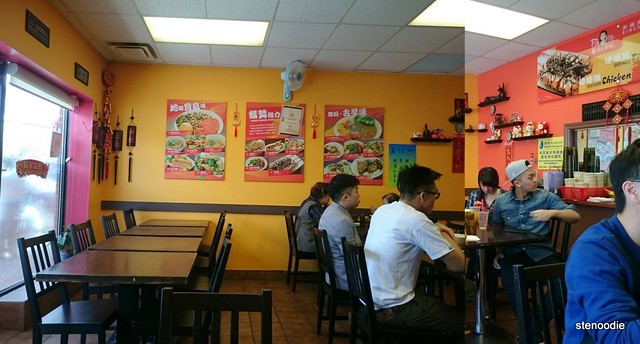 I ordered a dish of popcorn chicken immediately upon sitting down since I already knew I wanted it and I was hungry.  We also ordered the Skewer Fish (I wanted to try these last time) and a bowl of “Intestine Vermicelli” to share. 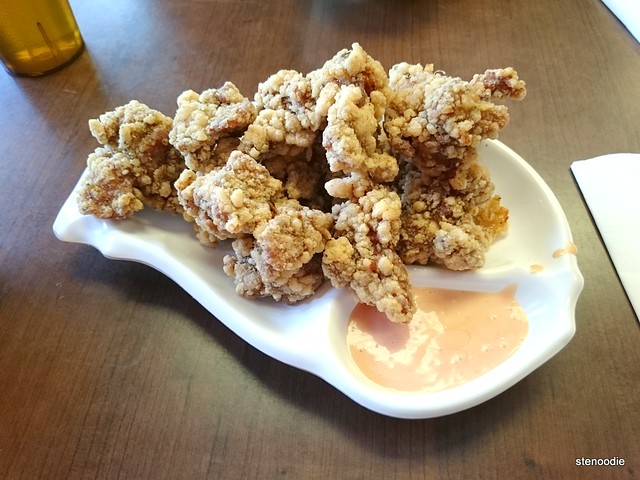 Last time, most of their items arrived in disposable paper trays.  This time, everything was placed on actual plates.  The popcorn chicken was here!  They now serve it with mayonnaise, but we both found that the chicken tasted better without the sauce.  The popcorn chicken was incredibly hot; freshly fried.  It was crispy and the seasoning on top of the chicken was just right.  I can still see why they rein on top of the popcorn chicken list but due to my own personal preference, wouldn’t have minded it being a little more salty.  Either way, I was happy with the dish.  The pieces were quite large and we finished the dish too quickly. 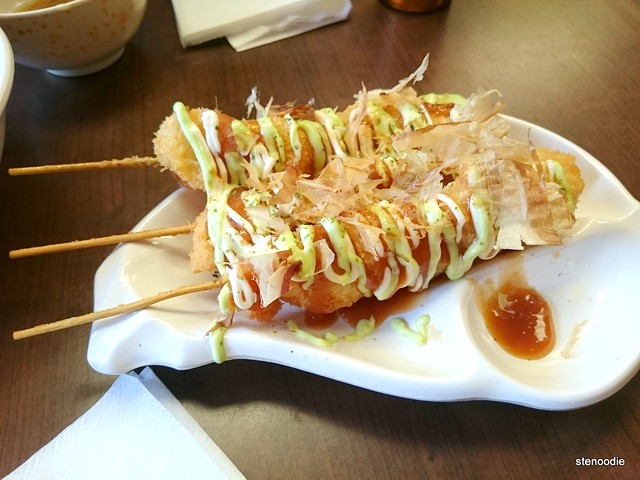 The Skewer Fish (fish skewers) were actually really good!  They are covered with Japanese mayonnaise and also wasabi sauce too!  The fish fillet was fried but the inside meat was so soft and tender!  It was really good!  The wasabi sauce gave a great kick too.  There were also bonito flakes on top of the fish skewers that moved and flapped around.  I really enjoyed this dish! 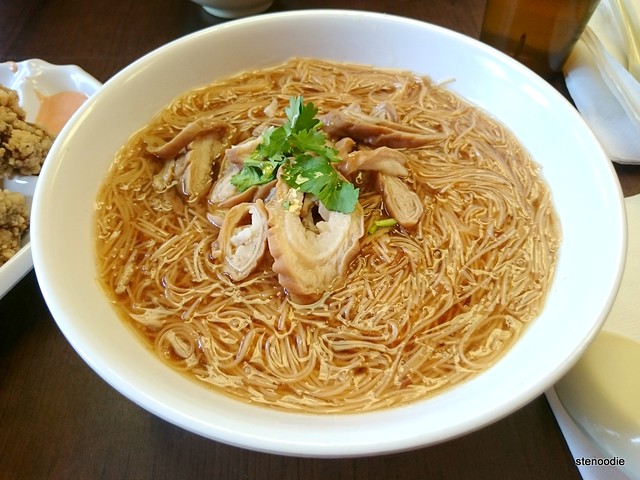 The bowl of “Intestine Vermicelli” was a little disappointing.  The soup consistency and vermicelli texture was similar to the “Diced Oyster in Soup with Thin Noodles” I’ve had at Bayview Court Restaurant but paled in comparison in terms of the delicious factor.  There weren’t too many slices of pig intestines and the bowl was fairly small.

We were full because of the two fried dishes.  I was satisfied with the Skewer Fish and popcorn chicken.  Maybe when I come here a third time, I will try their classic Taiwanese rice with sausage and egg! 🙂 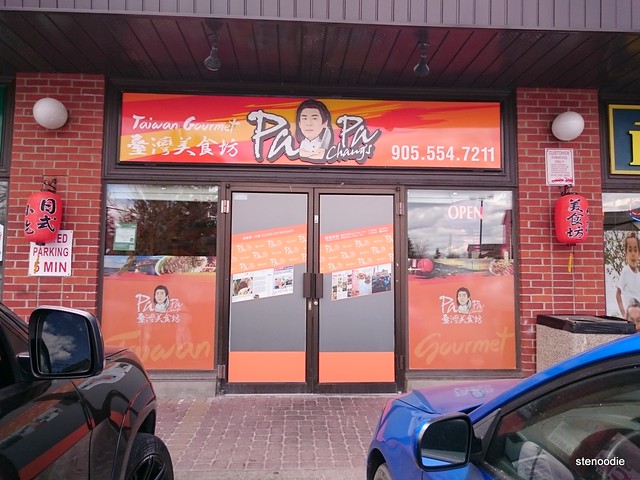 Looks better on the exterior too!