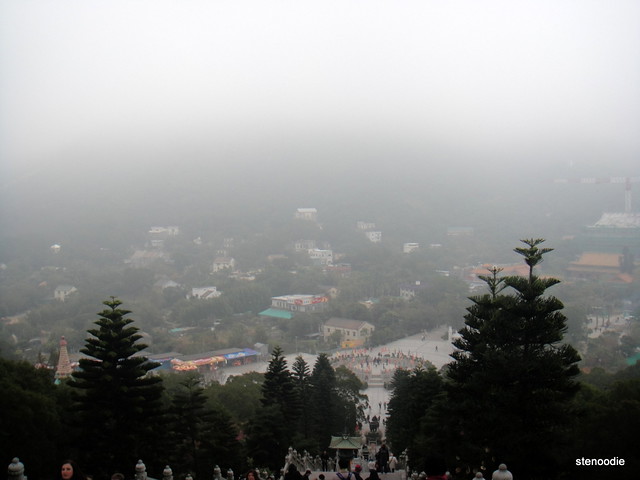 Be ready for some pontificating! 😉  This week’s theme is “enveloped” and when I think of this word, I think of a warm cuddly feeling of being wrapped up in a blanket and wound up like a little cocoon.  I can’t remember taking a picture of something like this so instead, I’m using this picture of fog.  This was taken on the top steps of the Big Buddha in Hong Kong in the winter of 2012.  It was very foggy that day and since everything was clouded in fog, it’s like the whole town was enveloped in fog.  When you are tucked in and cuddled up, it’s like every fibre of your being is shrouded in warmth and love.  For the fog, it’s literally tiny molecules of water droplets that is touching the surfaces of the roofs and objects and suspended in the air.  It’s so close to everything that you cannot just escape — much like you can’t escape fog but you can see it and see its impact; it surrounds and blocks everything! ..  as such for the choice of this photo. 🙂