September 9, 2017:  First night arrival in HK and we went to the Chinese restaurant, Regal Terrace, at Regal Riverside Hotel in Sha Tin for dinner (麗豪酒店) with my relatives.  It was next to a river and I remember that the last time I came here, we walked here from the MTR station.

I hadn’t previously blogged about this restaurant yet despite being there just last year (probably due to my backlog) but I will do so today.  We had 5 dishes.  This restaurant was so pricey and the dishes were so small! 😮  After our first two dishes arrived, it seems they forgot our three other dishes until we reminded them..  (Also, we had to replace some dishes we had first ordered because they had ran out of the main ingredients for it.  They had to resort to telling us what ingredients they didn’t have so we could order successfully.)

It was so cold inside the restaurant — the AC was way up.  Apparently, they said they took long to serve the food because they had a reception dinner downstairs… (but we were paying guests too!)

Smoked Crispy Chicken with Supreme Tea Leaves (茶皇燻雞).  The skin was super crispy but I didn’t taste much of the tea leaves flavour in it.  The meat was tender. 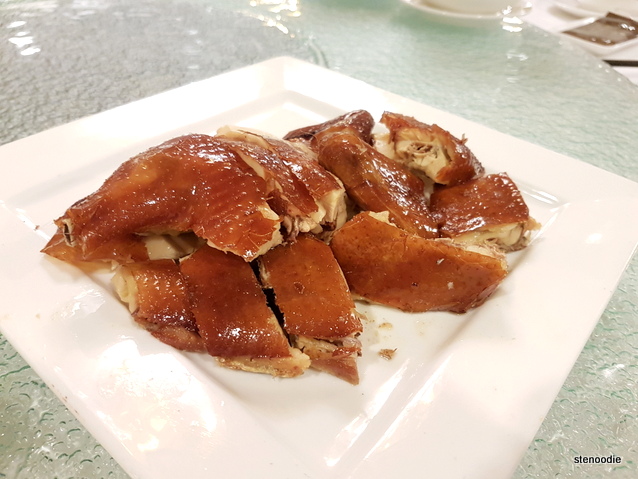 Stir-fried Eel Fillets with Assorted Bell Pepper (野生彩椒泡鱔球) only had 6 pieces.  It was such a tiny portion and thus not enough to share amongst the table.  The eel fillets were a bit greasy to my standards and there were only like two bell peppers.  How is that even called “assorted bell peppers?” 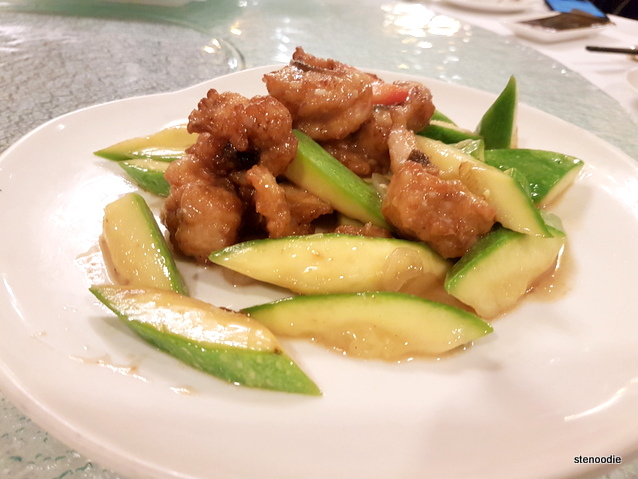 Pan-fried Mandarin Fish with Garlics and Baby Cabbage (金銀蒜娃娃菜桂花魚球) was a substantial dish.  I thought this was quite oily though even if the fish were tender. 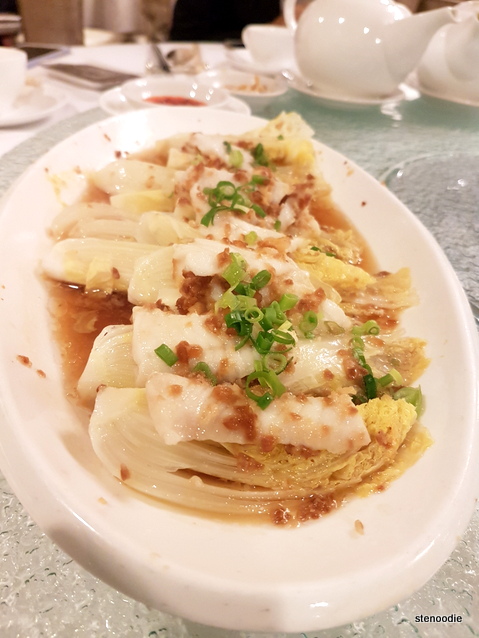 Braised Oysters with Scallions in Clay Pot (薑蔥美國生蠔煲) had really big and plump oysters!  This was also greasy. 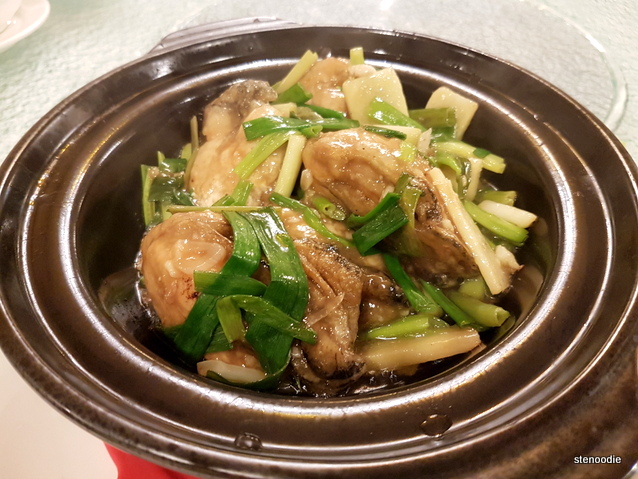 Fried Rice with Wagyu Beef, Ginger and Shrimp Oil (蝦頭油薑米和牛炒飯).  I couldn’t taste much of the fragrant flavours in this.  I also thought this was greasy. 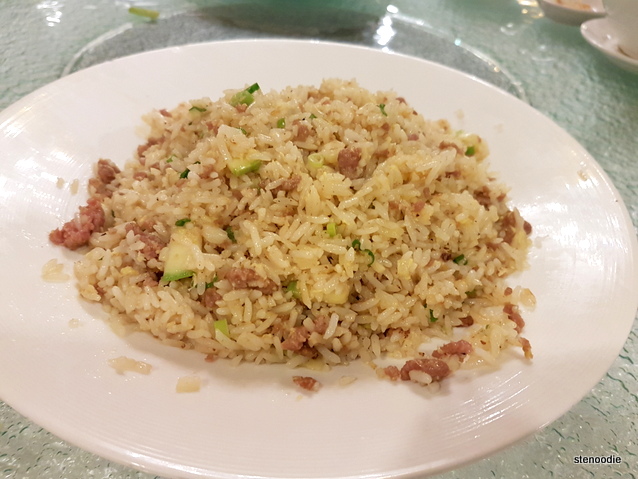 Overall, this restaurant was overpriced and portions were small.  The food also felt a bit greasy.