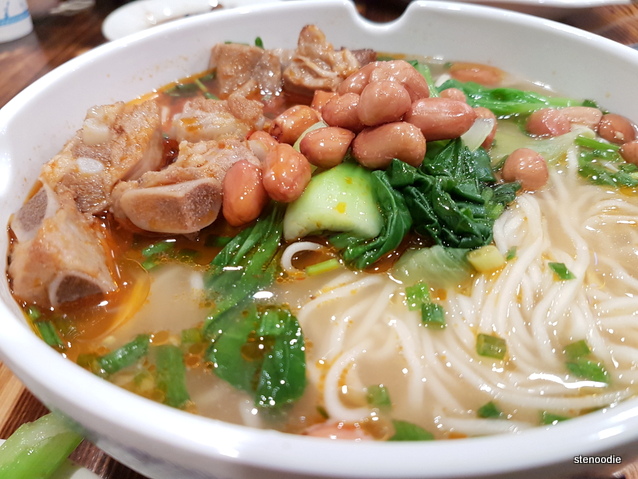 September 13, 2017:  I’ve never been to Changsha before and I was inspired to go after seeing photos online of the historic and mountainous regions.  It is also the area that the movie Avatar was inspired from.

This tour was part of the “Beautiful China” tour subsidized by the Canadian government for only $99 per person for 6 days of sightseeing.  Hotels stays and majority of the meals were covered, but tips for the tour guide and driver as well as certain admission fees were priced separately.  Flight to and back were also our own payment too.  It was such an amazing deal to see parts of China in a guided tour!  I previously went on a similar one to Beijing in 2014.

We boarded the Changsha flight from Hong Kong at 4:44 p.m. for take-off.  It was my first time taking Cathay Pacific airlines in a long time.  The flight was only an hour and a half long from HKG to CSX. 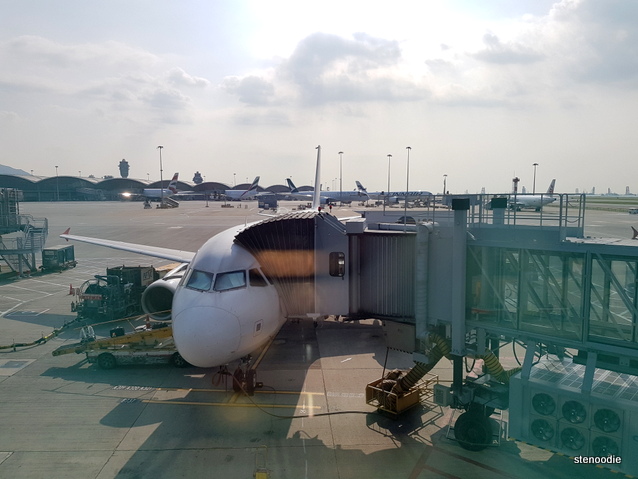 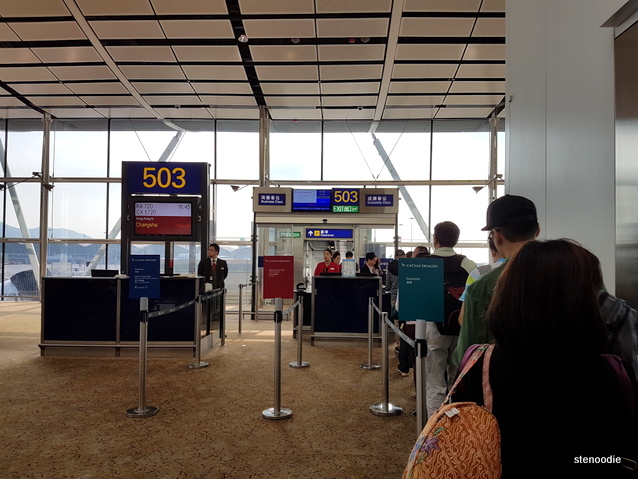 It was really cute that they provided us with tea cookies, chocolate, and a bottle of water as refreshments for the short flight.  I slept pretty much the whole way through. 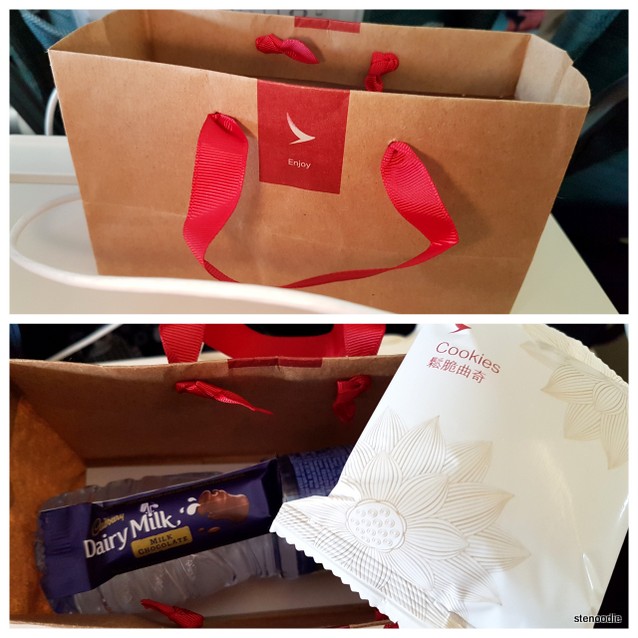 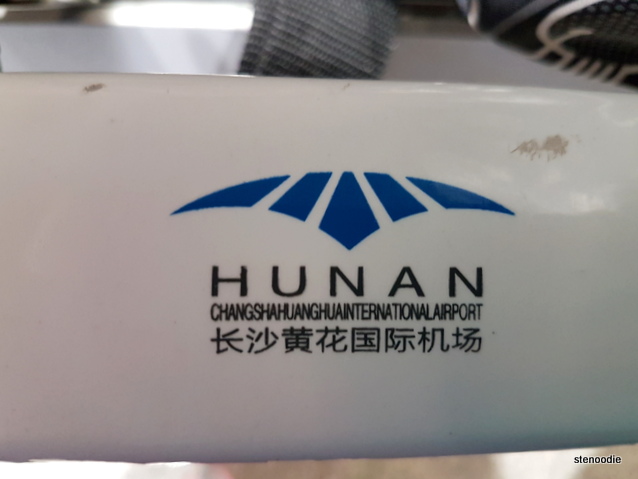 When we got to the Changsha airport, baggage retrieval and customs were a breeze.  When we went to the meeting place to find our tour guide however, she wasn’t there.  We waited a bit and resorted to asking someone to borrow a phone to reach the tour guide.

Long story short, she was at exit 7 instead of 5 after waiting for us.  Our tour included two other tourmates whose flight came in a bit later so we went downstairs to the food court for dinner first.  It was already 7 p.m. by this point.

There were a lot of Chinese restaurants and fast food places in the food court area.  We settled on a noodles place.

We ordered a bowl of spareribs noodle to share between two people, two platters of pork dumplings, and veggies.  The restaurant threw in two free soy milks and two free black fungus dishes too.  Mm, the food was really good! 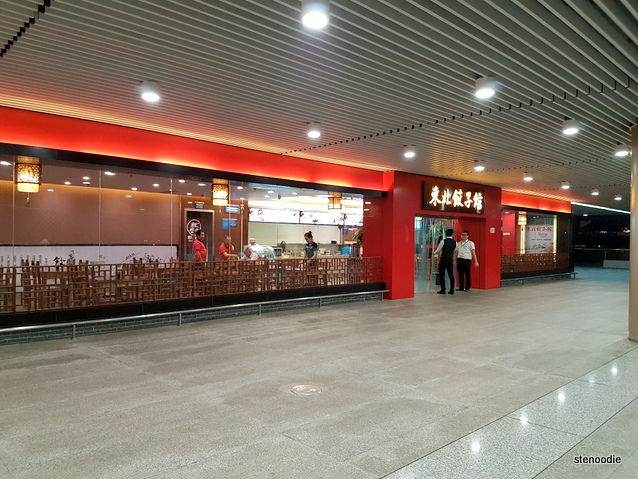 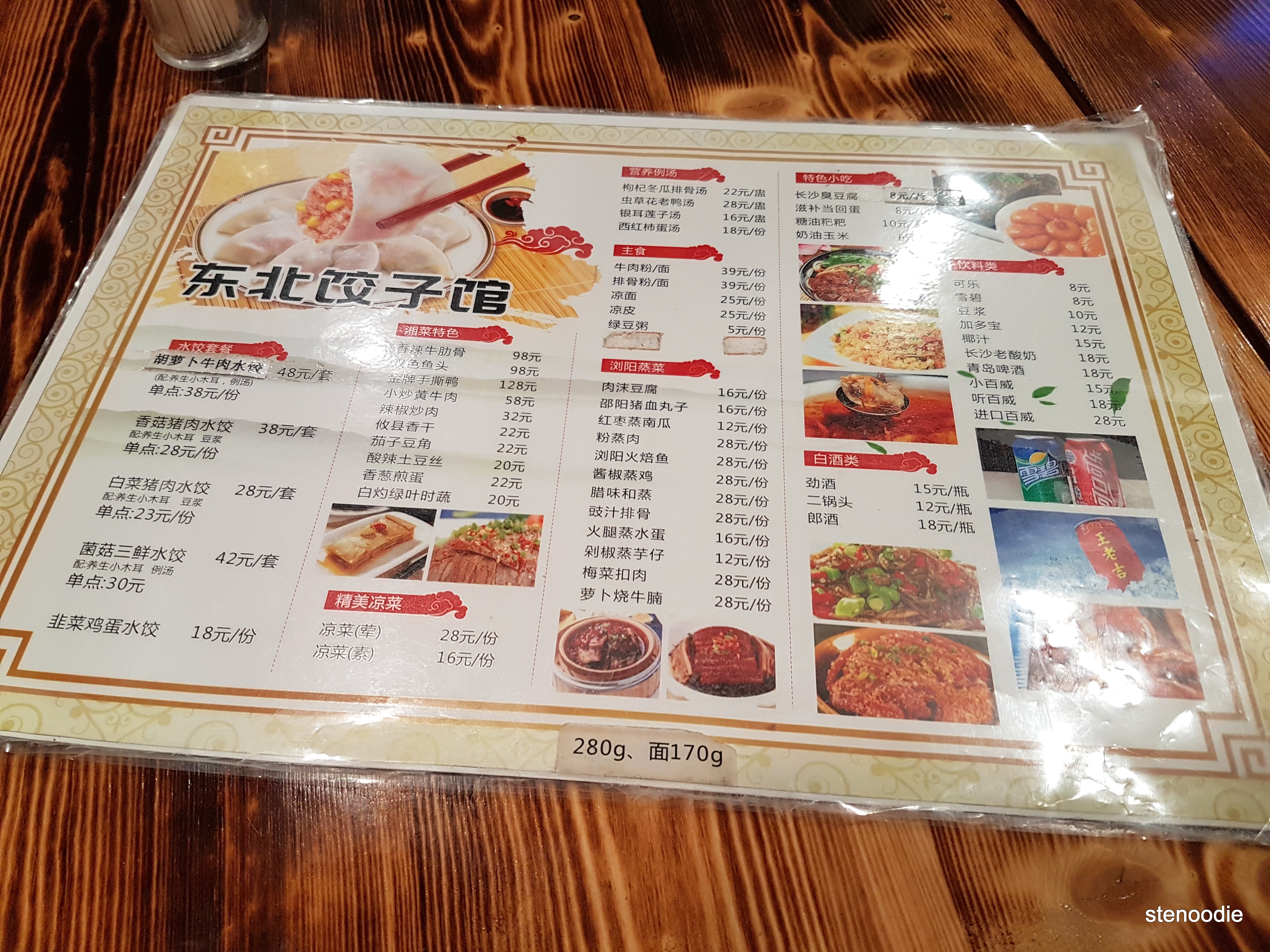 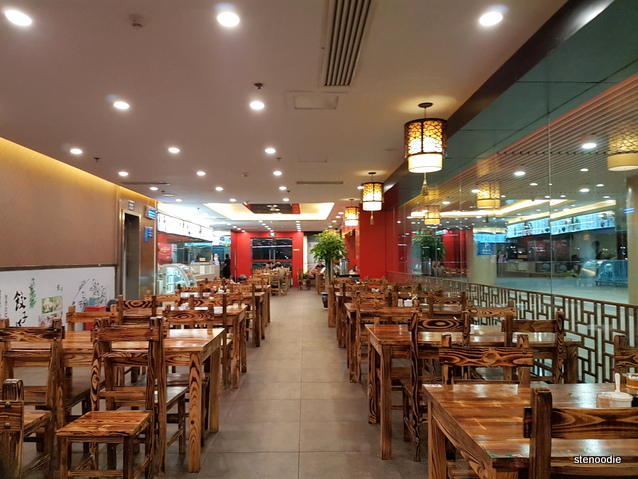 We were the only ones dining in 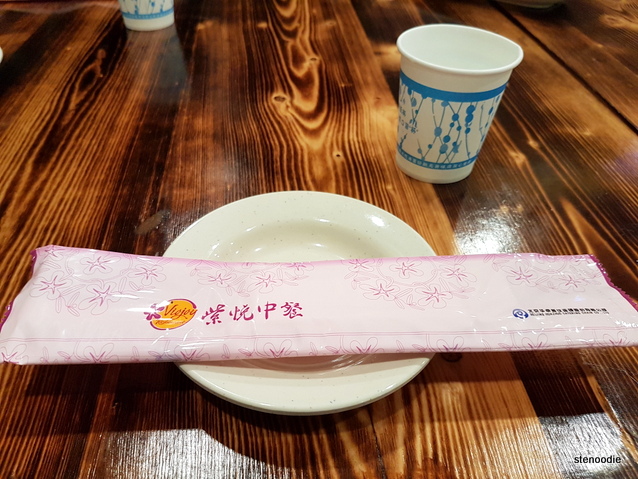 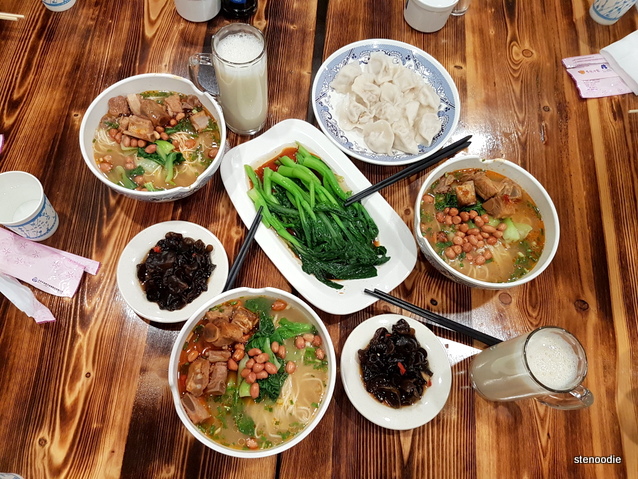 The noodles were stringy and had a perfect soft yet firm texture.  The soup broth had some spicy oil on the surface but wasn’t spicy. 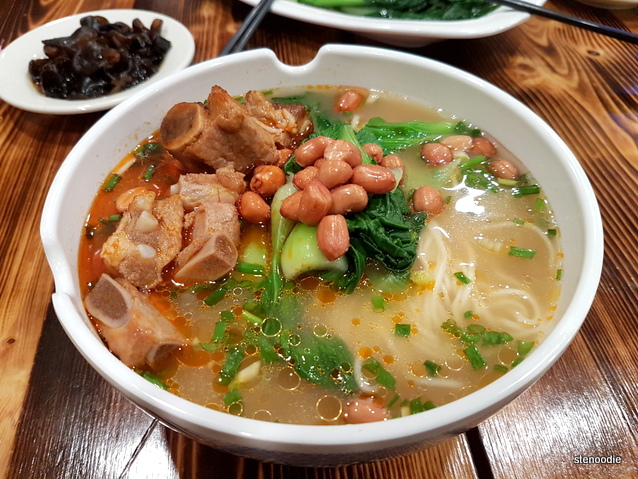 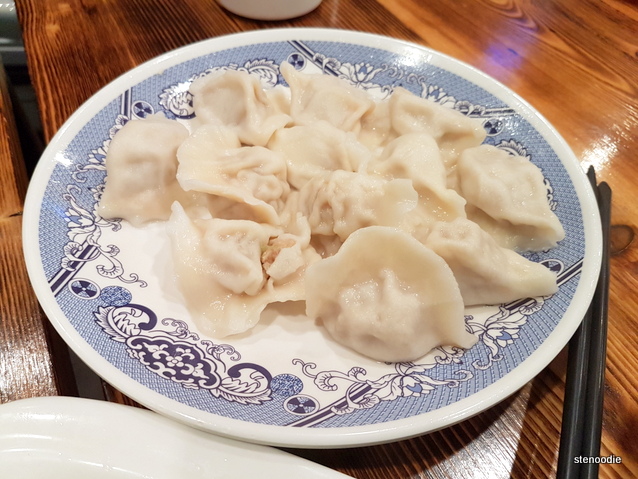 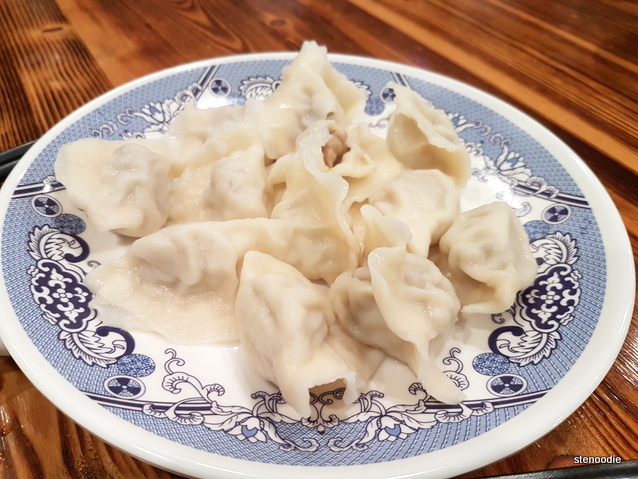 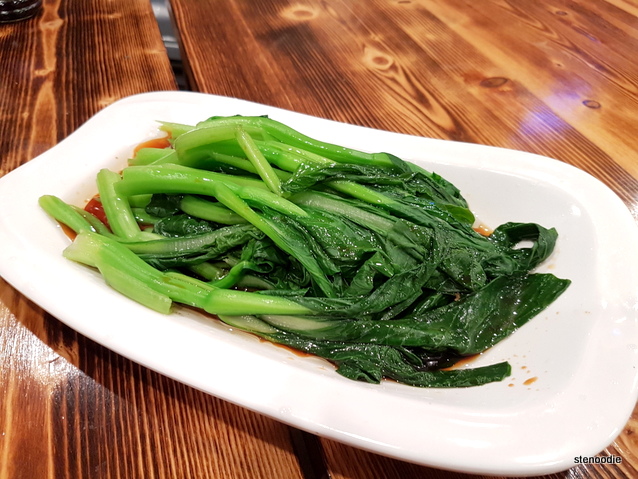 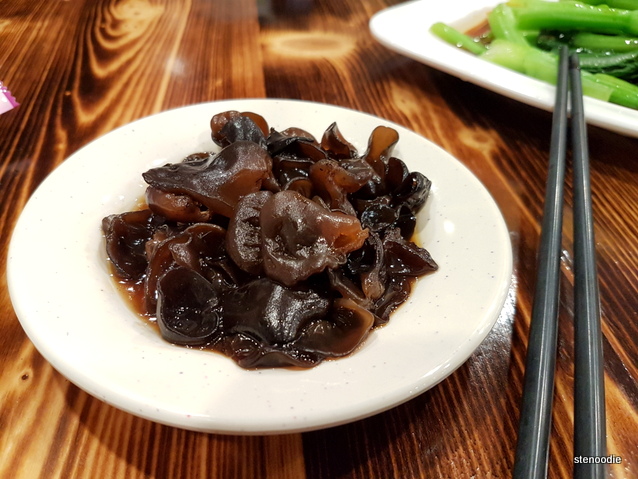 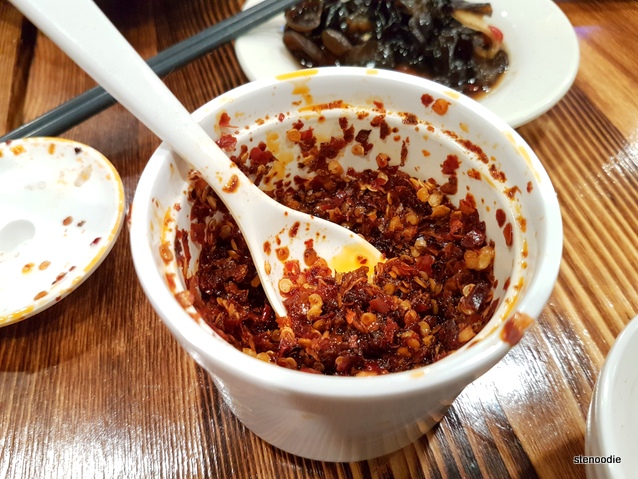 The soy milk was served warm (mmmmm, so good) and tasted so surprisingly good. 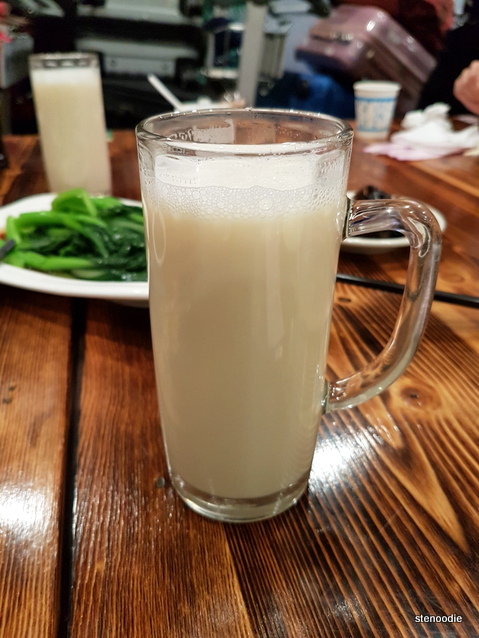 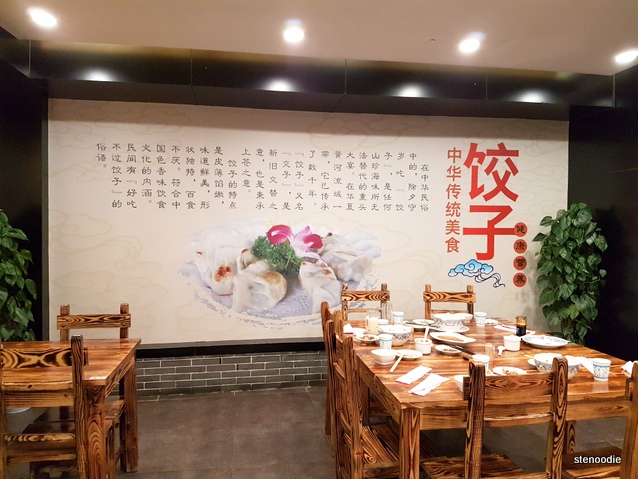 Nice backdrop where we took a group photo

The tour guide came down to get us since the two other tourmates had arrived.  We boarded the tour bus and went straight to the hotel.

The Yuantong Hotel was incredibly nice!!  I’ve been to a few hotels in China and so far have been so impressed with their large sizes and fanciness. 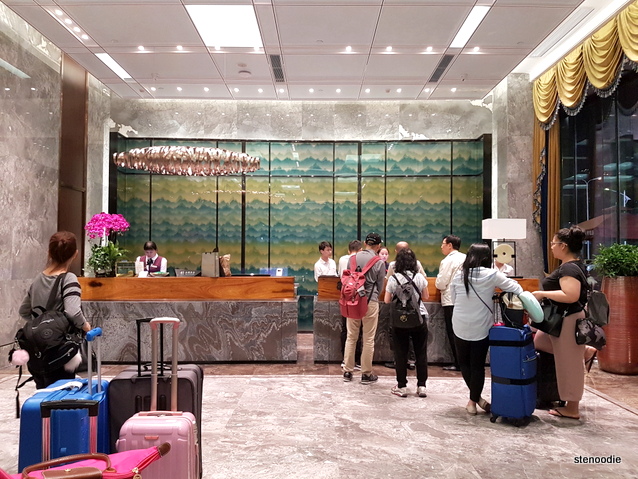 I was surprised with being able to access WordPress on my laptop too!

Excited for tomorrow and hope that we’ll have a smooth, safe, and fun trip! 🙂

8 Responses to Day 1 in Changsha, China 2017: Arrival and Noodles