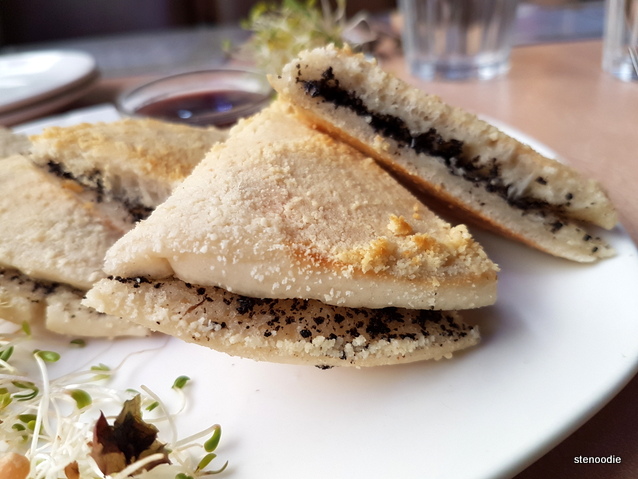 September 19, 2017:  Yesterday for lunch, I again consulted OpenRice for some good eats around the area.  It showed me Golden Captain Restaurant (金船長餐廳) which specialized in Italian cuisine and had a specialty pizza which almost all the reviews were about.  Thus, we went there to check it out.

Golden Captain Restaurant opened at 11 a.m. and we arrived around noon.  There were lots of people dining in and taking advantage of their favourable lunch combo.  Most of the diners were of the younger crowd. 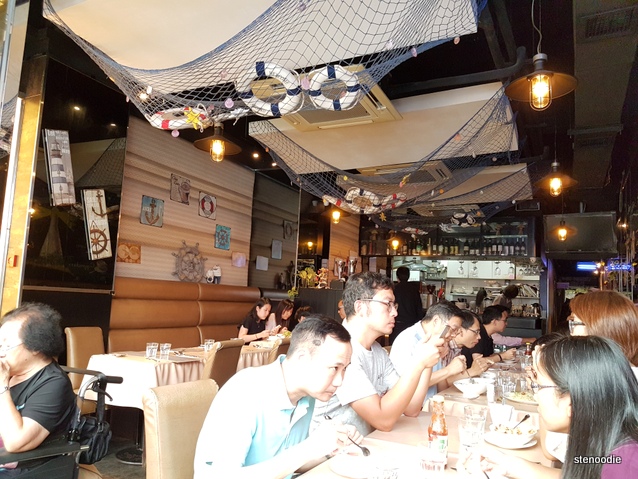 It was nautical themed inside 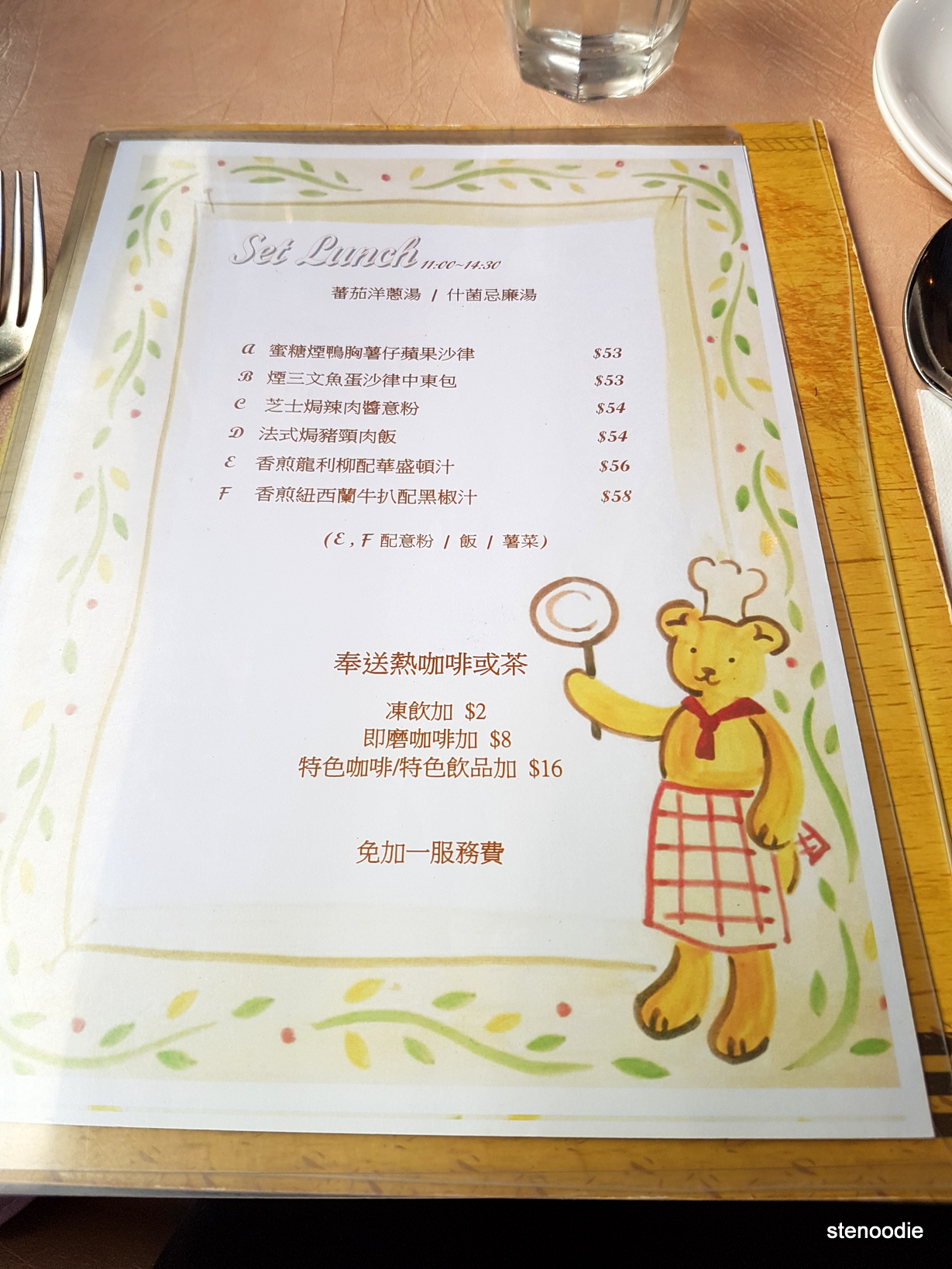 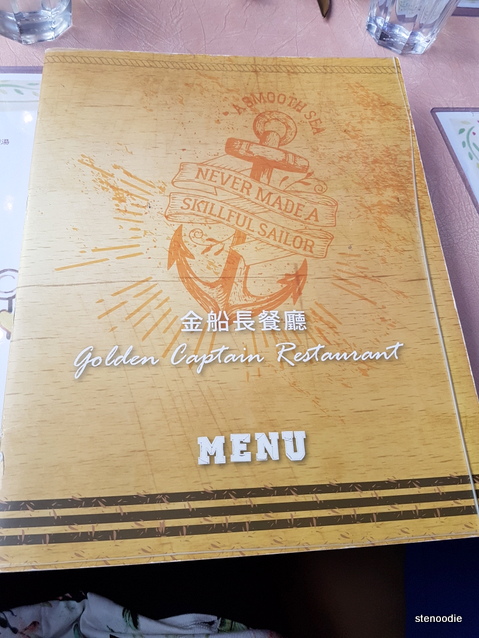 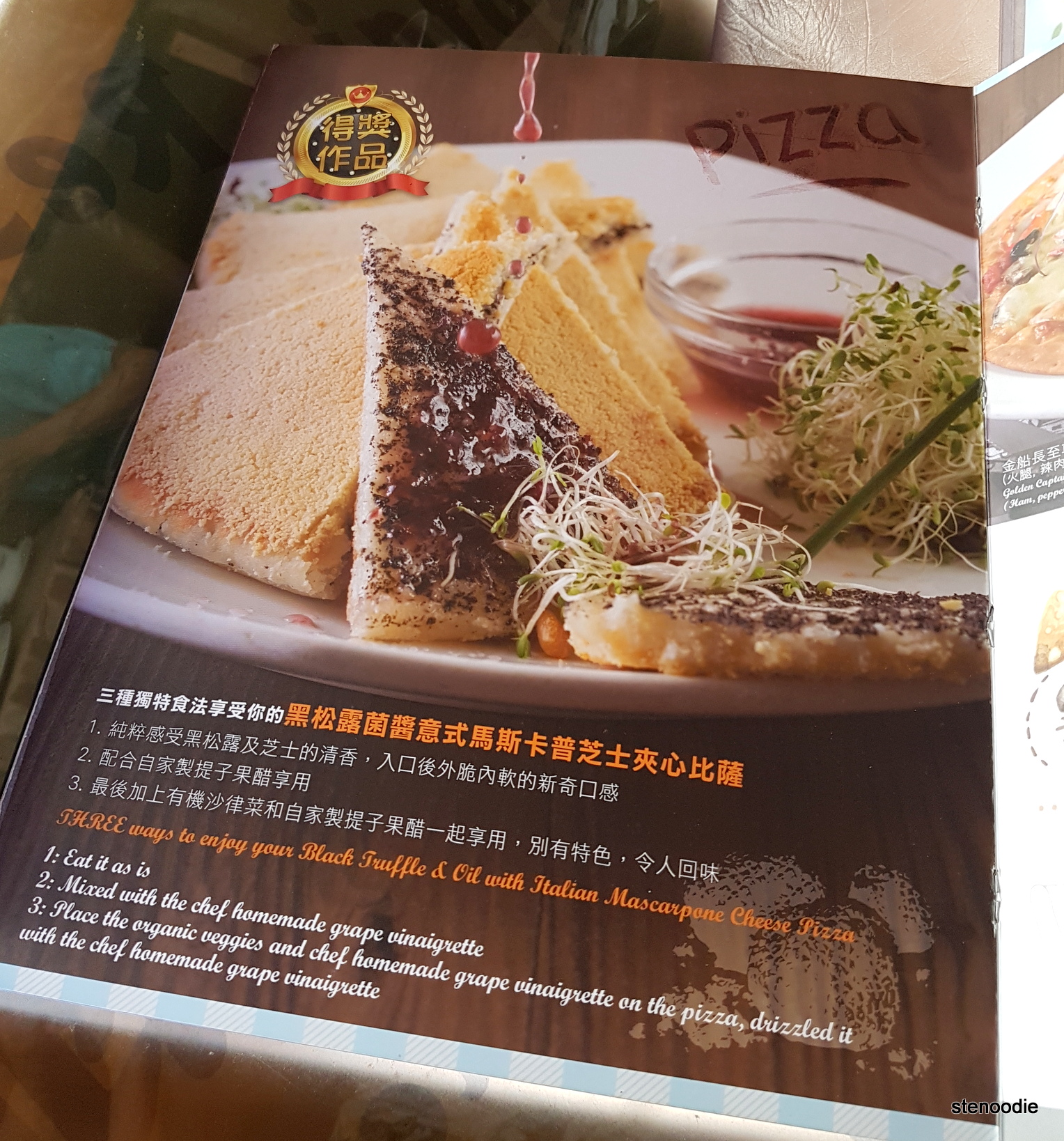 It was a pizza unlike most traditional ones.  It was already cut up into 6 “slices” but each slice was really two pieces of bread with the mascarpone cheese and black truffle sandwiched between it.  When the plate arrived, it smelled heavily of black truffle. 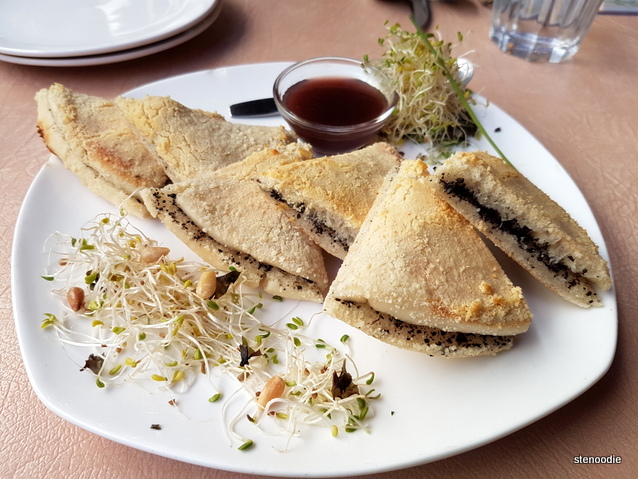 I tried all three ways and like the simple one the best.  Eating it by itself allowed more of the black truffle and cheese tastes to come through. 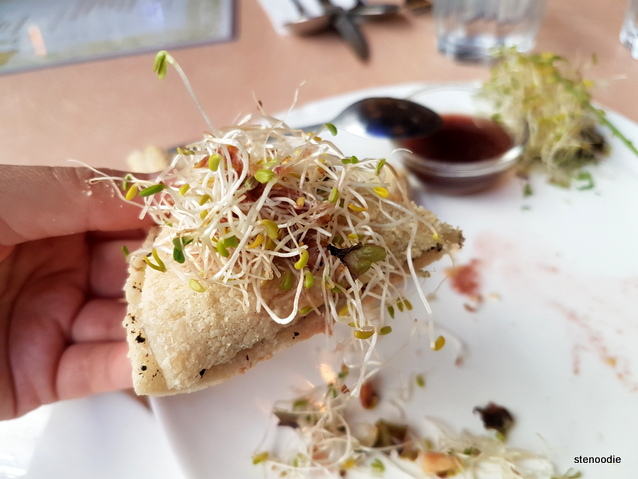 With alfalfa sprouts and grape vinaigrette on it

Instead of calling it a “pizza”, it really is more like a black truffle and cheese sandwich.  It was really tasty — don’t get me wrong. 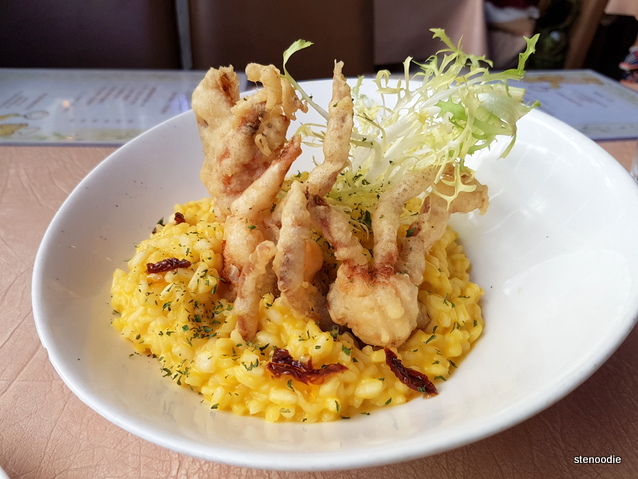 We also ordered off the lunch combo menu and got the Deep Fried Soft Shell Crab with Pumpkin Risotto (炸軟殼蟹南瓜意大利飯).  It looked amazing in the photo in the menu. The server informed us it would take longer to arrive.

The portion of this was huge!!  I don’t believe a person can comfortably finish this on their own.  I’m glad we shared this.

The pumpkin risotto was quite good; al dente but also grainy.  The soft shell crab was crispy and despite being fried. It was also not overly salty either; good for those who have a blander taste.

Overall, I agree with the reviews in that the black truffle cheese pizza was very tasty and understood why so many people reviewed it positively. 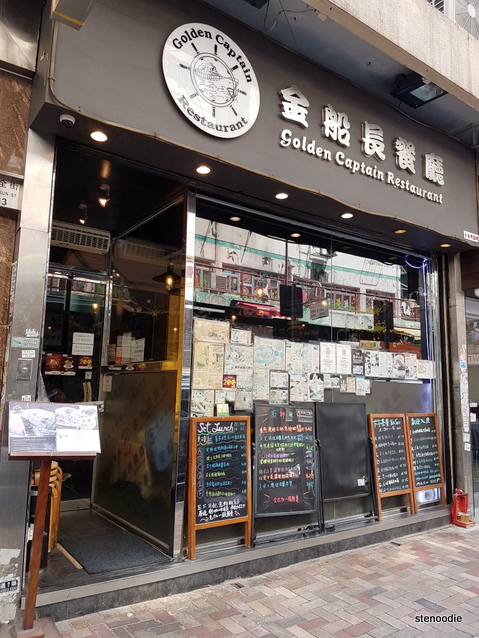