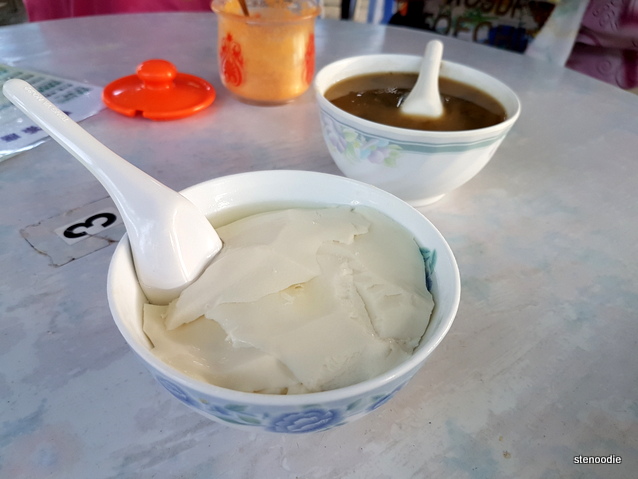 I wasn’t planning on blogging about this restaurant in particular but after I posted a photo on Instagram about it, the feedback was that this was a very well-known spot for excellent soya pudding.

We were in the middle of our four-hour hike in Tung Chung to Tai O.  The sun was gradually dipping into the sea but we came across this little open dai pai dong style restaurant in the street called 好景士多 where the owner announced to us that they had cold mung bean soup and soya pudding.  She told us to stop by to have it before resuming our hike.  It was enticing for a hot summer day and we were parched and in need of energy to continue the hike. 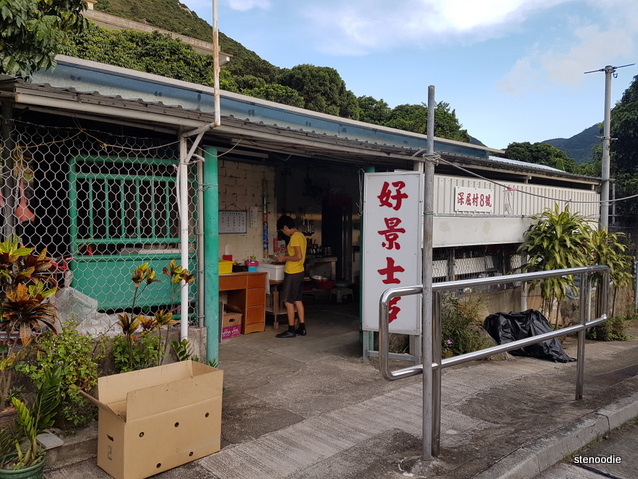 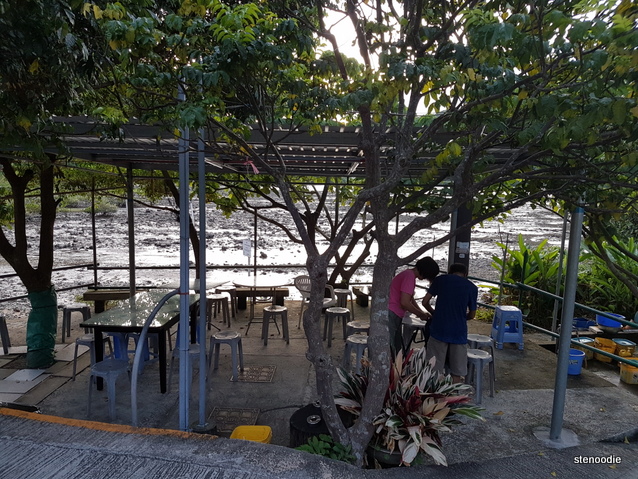 There was seating outside 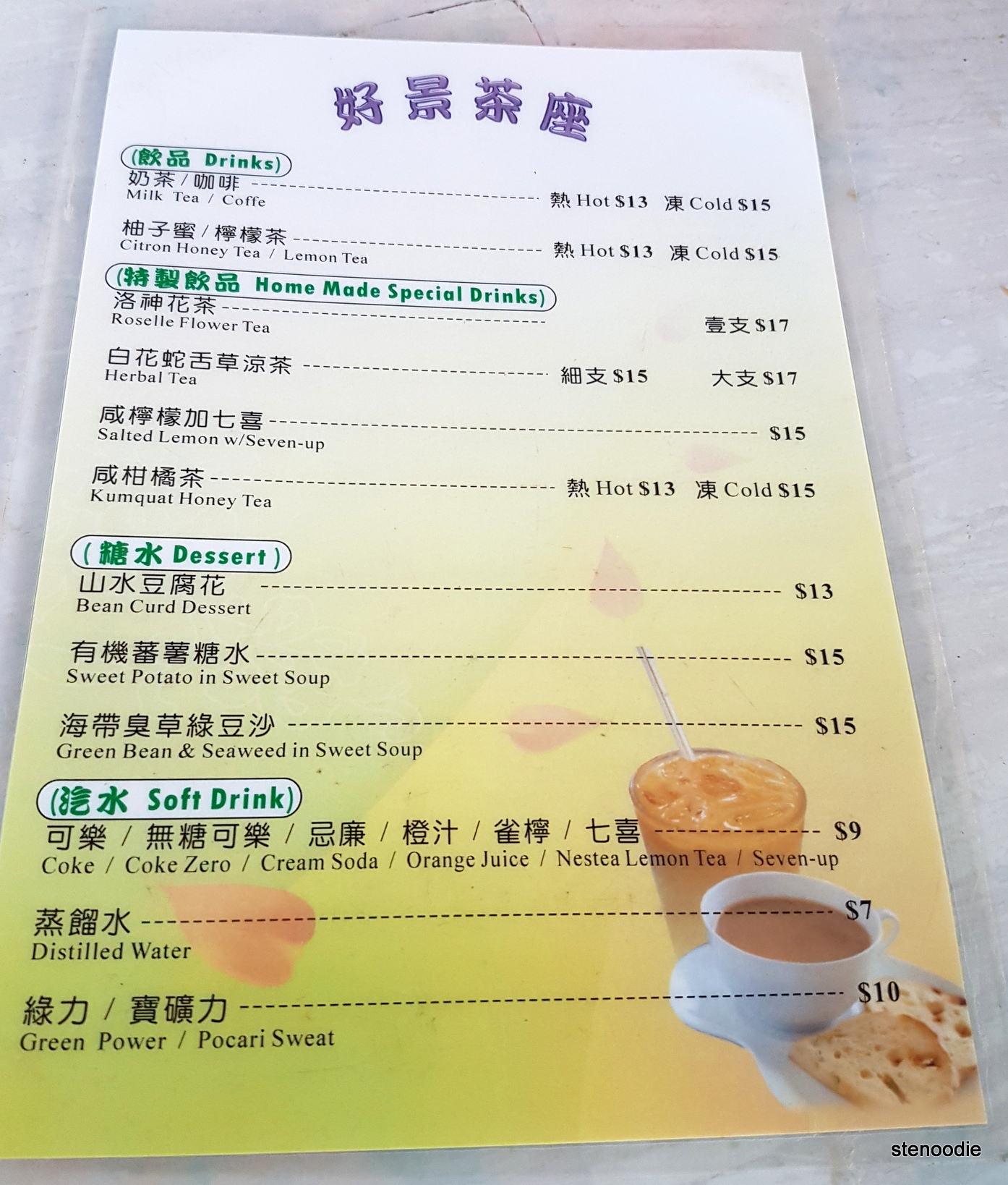 I ordered the soya pudding (cold) — Shanshui Dau Fu Fa (山水豆腐花).  It was a very solid and firm bowl of layers of soy.  It was ice-cold and very bodacious. 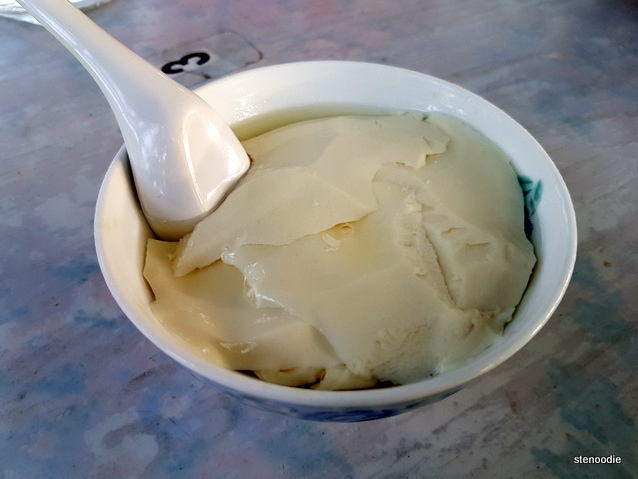 This was their Green Bean & Seaweed in Sweet Soup (海带臭草綠豆沙).  My mom had this one. 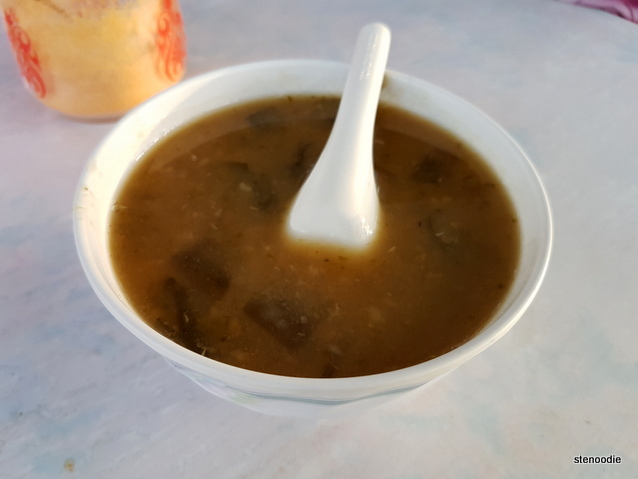 The owner was very sweet and said after we finished our desserts, we should head quickly on the road since the sun was dipping and it would be nightfall soon.  She knew it would be about an hour and a half hike at least to reach the finish.

They also had some dried goods and common rue plant (臭草) for sale too.

If you happen to come into the Lantau Island area, try to look for this place.  It was along the hiking trail from Tung Chung to Tai O. 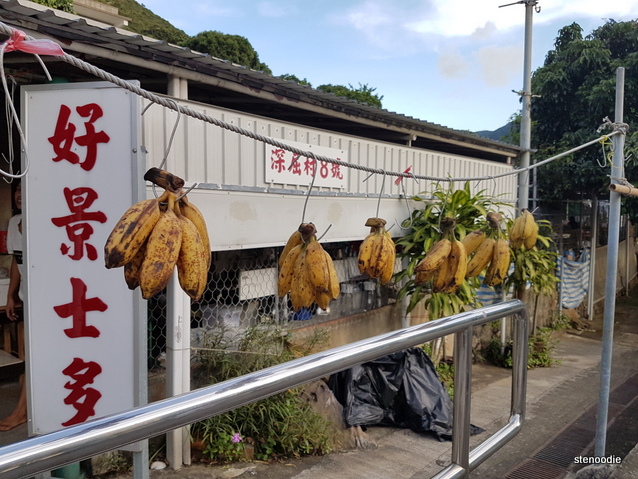 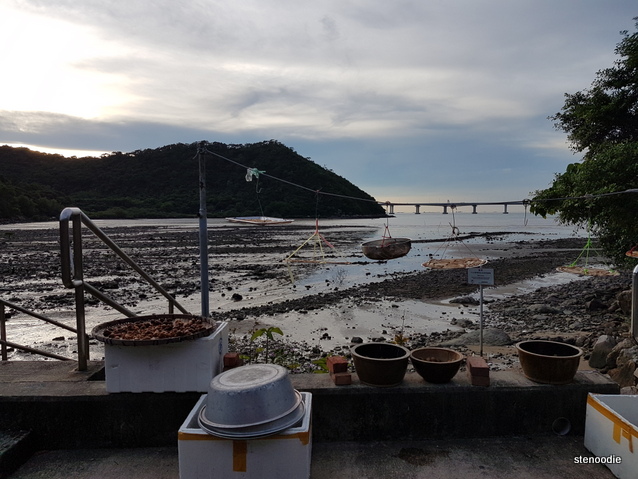 Drying goods on the line 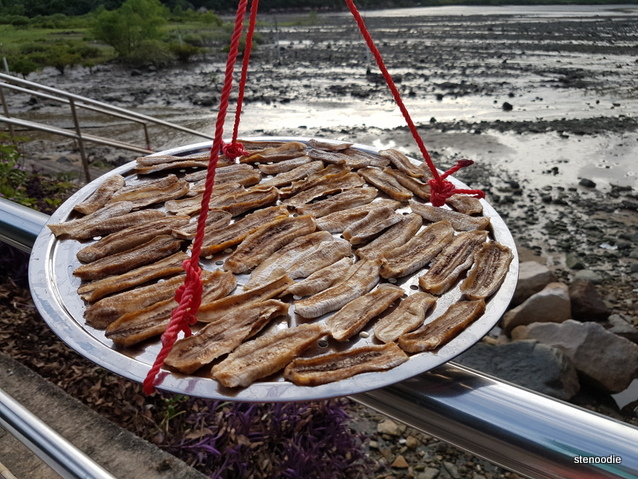 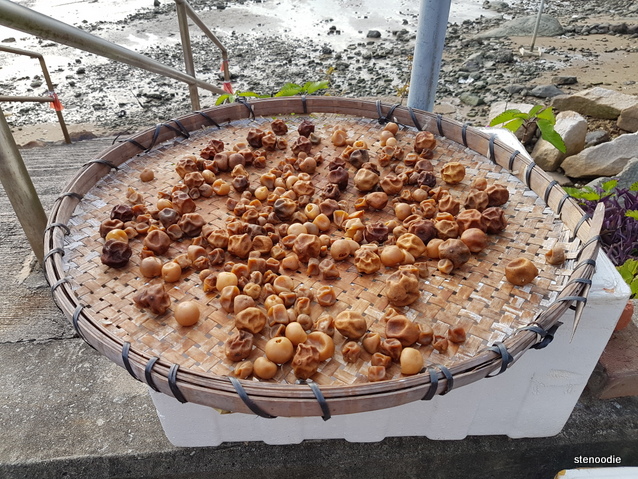