Posted on September 7, 2017 by stenoodie 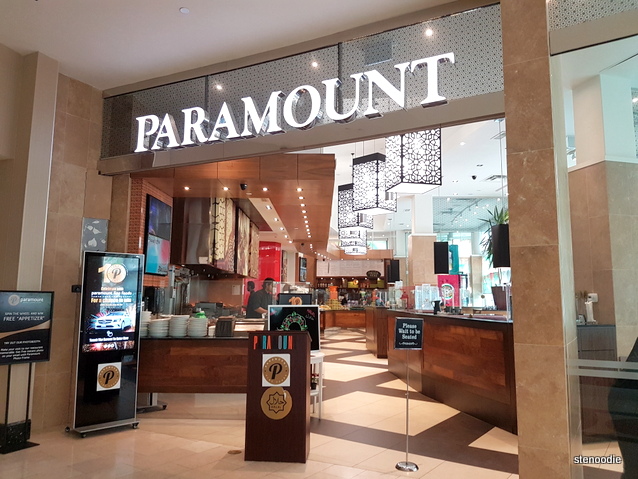 For a quick lunch when we arrived in Niagara Falls, we went to Paramount Fine Foods.  I have been to a number of Paramount Fine Foods in Toronto already and was very familiar with their menu.  Thus, after we walked in and were seated, we ordered the Tabliyeh Saj Chicken Shawarma and Zaatar Manakeesh right away to share.

The service was a little slow here as the servers didn’t walk around often to our area of the dining room.

The Tabliyeh Saj Chicken Shawarma was served on a wooden board with fries, pickles, turnips, and sauce.  The dish actually looked exactly like it was shown on the menu (which was rare).  It had shredded pieces of chicken (that were grilled on a rotating spit) wrapped with their freshly baked thin Saj bread with garlic sauce.  (Saj bread is an authentic Lebanese thin crust bread common in the countries of the Levant.  The dough is flattened by hand and then placed on a domed hot clay oven called the Saj.) 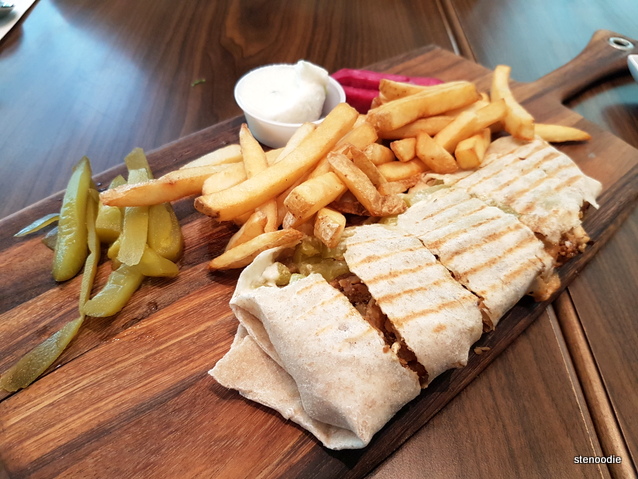 The first time I had the Tabliyeh Saj Chicken Shawarma was at the Paramount Fine Foods Grand Opening at the Don Mills location.  I remember enjoying it then and I was again satisfied this time when we had it here.  The chicken inside the wrap was such a delicious fit with the thin Saj bread and the garlic sauce too.  I really liked the garlic sauce that came on the table too; it was great for dipping the fries into.  I do have to say that there were only five pieces which wasn’t too much for its price of $11.99.  However, it was still delicious.

The Manakeesh is like a pizza with toppings on it.  On the Za’atar, it had thyme and sesame seeds mixed with virgin olive oil.  It was a very simple manakeesh.  I started appreciating and enjoying manakeeshs when I tried the cheese and spinach one most recently at the Eglinton and Yonge location of Paramount Fine Foods.

This Za’atar manakeesh was full of sesame seeds and thyme.  It tasted a little sour too; probably from some lemon juice or yogurt?  I liked it. 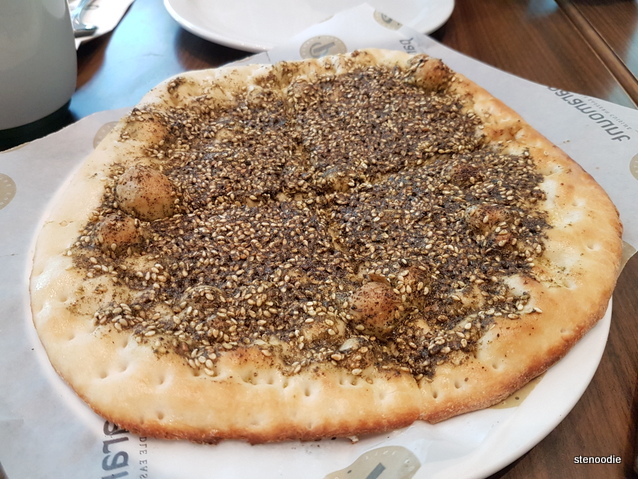 I think on my next visit to Paramount Fine Foods, I will try a manakeesh with meat on it. 🙂 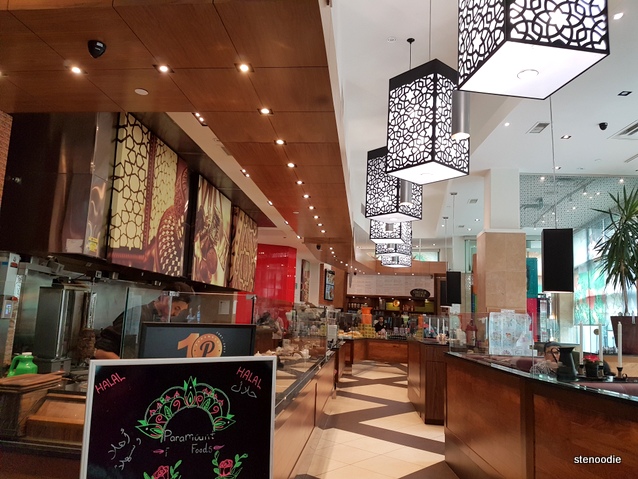 I believe they had a take-out counter too