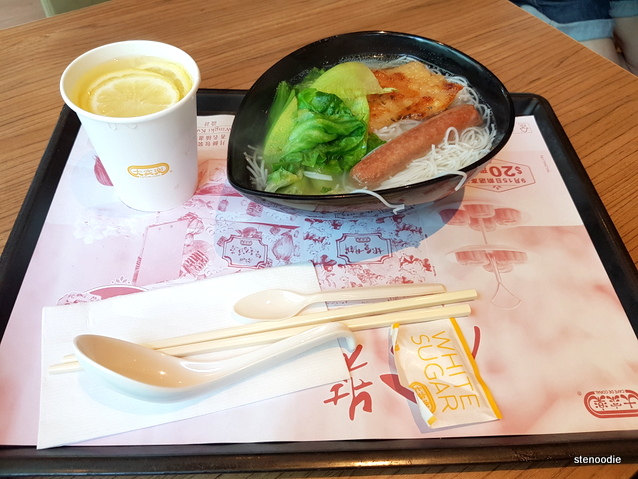 September 13, 2017:  For a quick and speedy meal before we headed to the airport to Changsha, we went to the classic Cafe de Coral (大家樂).

I hadn’t dined in a 大家樂 in a while but the food is standard and affordable.  It’s a fast casual restaurant; you order the food from the menu in the front of the restaurant, pay, and receive your order at the counter.

Since it was still breakfast time when we arrived, we ordered two of their breakfast combos. 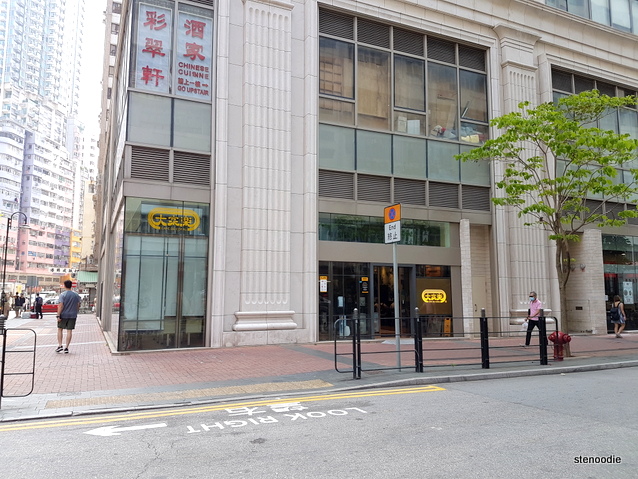 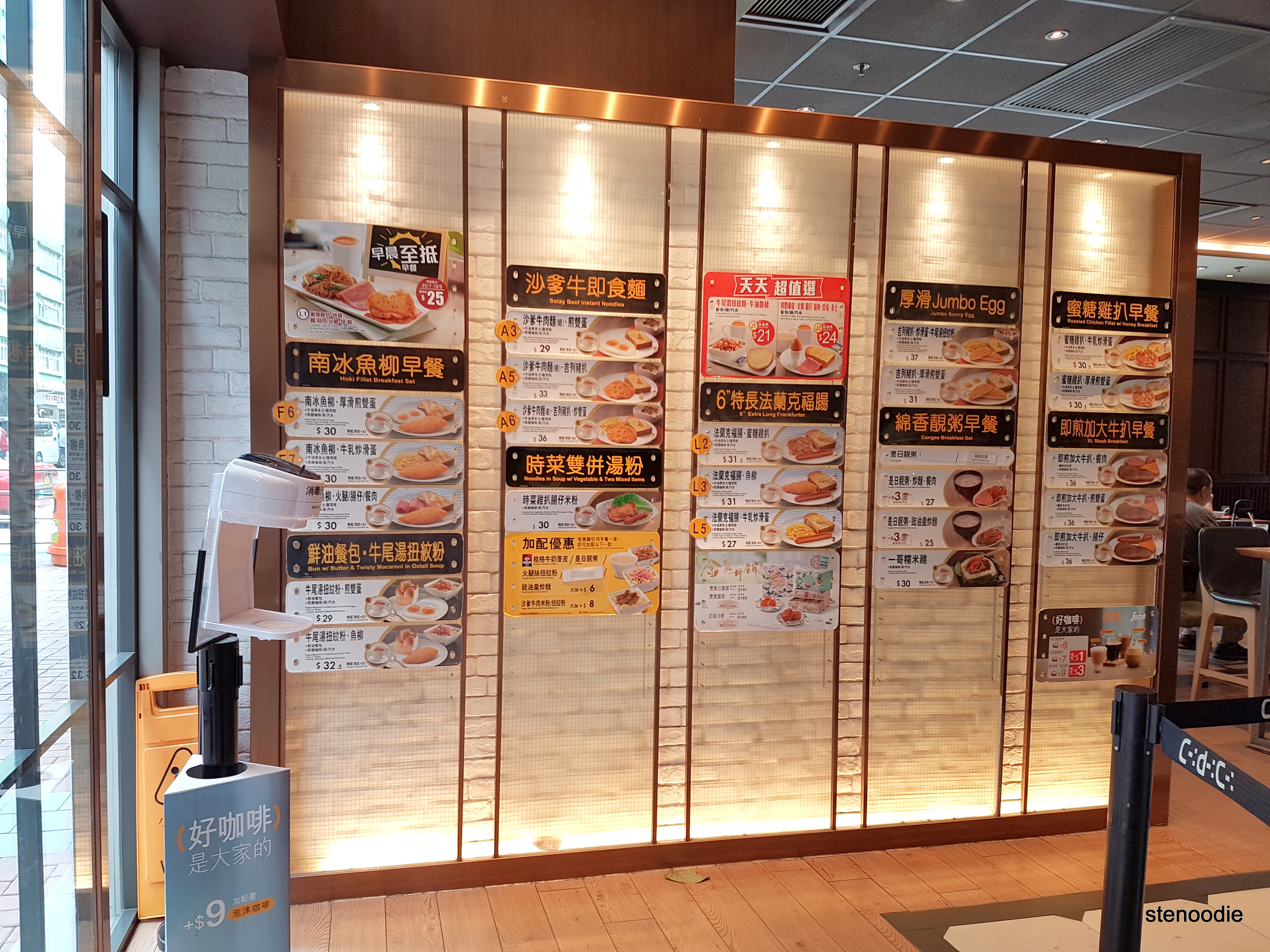 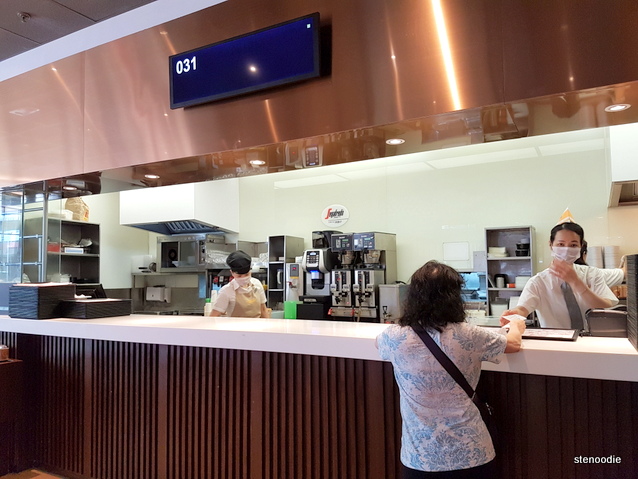 The Congee Breakfast Set had dried fish and peanut congee with fried noodles in soy sauce and luncheon meat while the other combo, Noodle in Soup with Vegetables and Two Mixed Items, had Vermicelli with Vegetable, Chicken Fillet and Sausage in Soup, and served with a drink.

Everything was good — the congee was smooth, the plain rice noodles were still tasty, the chicken cutlet was good, and the spam and sausage too.  I did find that the fried noodles were a bit on the bland side though. 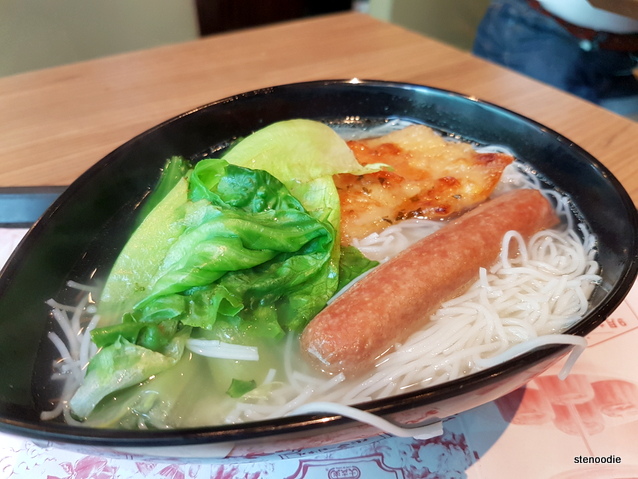 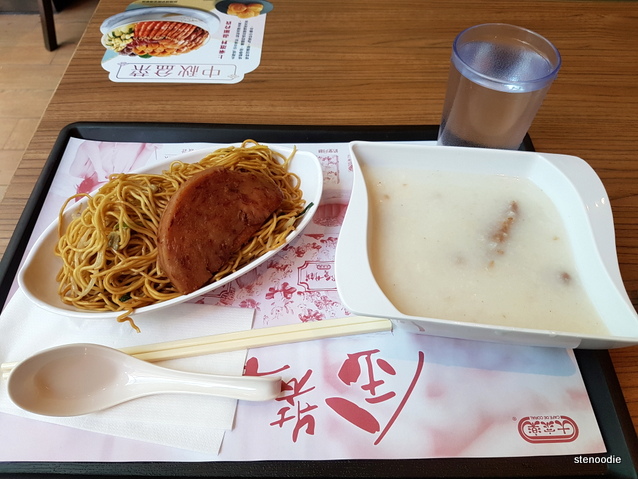 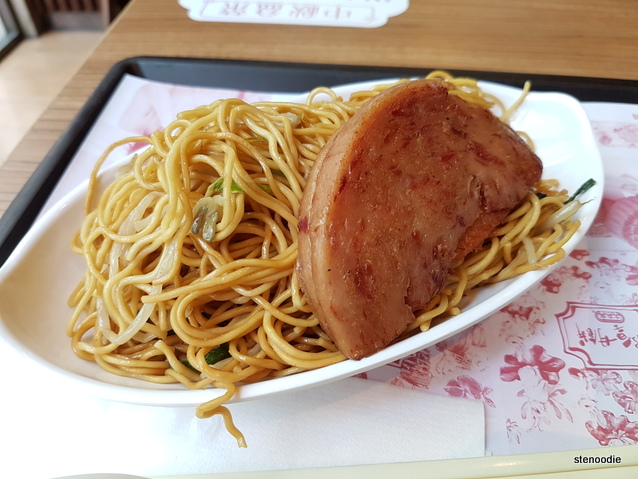 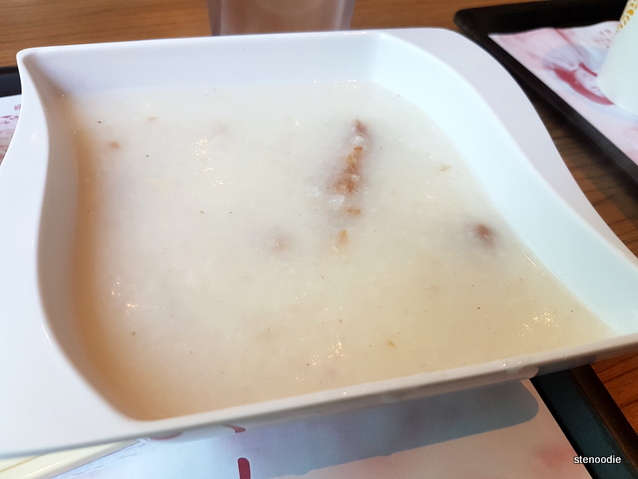 You don’t have to clean up after yourself as there was a cleaning lady engarde to remove all trays and cutlery. 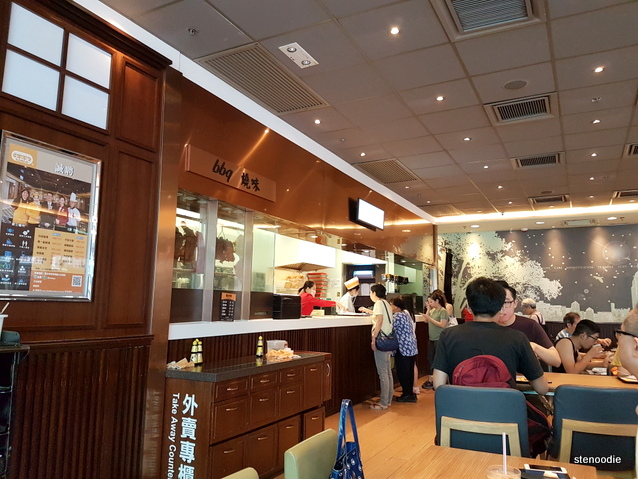 View of the eatery from where we were sitting